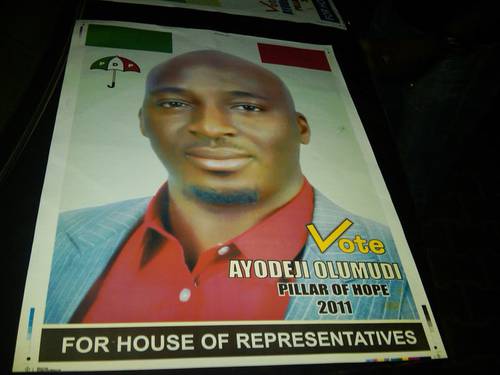 The All Progressives Congress (APC) has questioned reports in some national newspapers concerning the arrest of one of its members for robbery, asking why the suspect, Itunu Odeyemi, was the only one so identified.

Saying it was not the intention of the party to deny the political affiliation of Odeyemi, who hails from Efon-Alaaye Ekiti, APC said in a statement that Odeyemi is neither a chieftain, nor a leader in the party as he was portrayed.

“He is a registered member though and we could not have raised any doubt on his integrity, except for his proving otherwise,” the statement said.

It further stated, identifying Odeyemi in a picture attached, that was not the only one of the suspects with political affiliation.

“We are concerned that a more prominent person among those paraded as robbers is one Ayodeji Olumudi, who is a core member of the People’s Democratic party (PDP) from Kogi State since 2009. He stands 3rd from left in the picture displayed, putting on a red T Shirt.

“The attached picture is a from poster he released when he was contesting for House of Representative in 2011. This picture is also on his Facebook page with the name (Ayo Olu) which can be accessed through this link — https://www.facebook.com/ayo.olu.775.”

APC further identified Olumudu’s mother as Vicky Olumudi, whom it described as an Executive Director at Nigeria Television Authority (NTA).