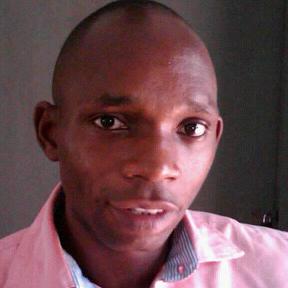 NewsRescue– Ekiti state was created on October 1,1996 by late General Sani Abacha. After three years of creation, Nigeria returned to Democracy. Out of the three zones in the state, Two zones(Ekiti Central and North) had been controlling the power affairs of the state since 14 years. It was only Ekiti South Senatorial District that has never produced a governor of the state.

Zoning or Power shifting is the mechanism of uniting various diverse people while Political parties are the vehicle for realizing democracy.

Party politics and zoning/power shift are very important elements of any liberal democracy that no one can brush aside with a wave of hand in a primordial state like Ekiti State.

The call to abolish zoning in Ekiti state seriously under estimates and ignores the complex political character with different senatorial districts in Ekiti State.

The issue of Zoning in party politics date back to the second Republic when National Party of Nigeria(NPN) operated the zoning formula as a strategy for the reunification of the country after the civil war.

Ekiti state is a heterogeneous state with diverse political districts so I think power shift or zoning as the case maybe is the only way forward for our amiable state because of our different senatorial districts.

When the North under the military regime held power for too long the south cried marginalization and if you say that rotation is not needed,if the South holds power for too long on the basis of credible leadership the North will feel schemed out and will cry foul and vice versa. So,to be Balance our differences,to settle our heterogeneity,and our ties to different political districts,zoning still remains the best for our country and states in particular. For instance,my town Ikere Ekiti, from the military era till today Ikere has been using zoning principle to select their political officers to various districts,zoning still remains the best for Ikere Town.

It is true that zoning of the office of the President or Governor is not in Nigeria constitution,but it is in the constitution of the Peoples Democratic Party(PDP) that propounded it. I refer to the PDP constitution,Article 7 subsection 2(c) which states that in pursuance of the principle of Equity,Justice and Fairness,the party shall adhere to the policy of rotation and Zoning of party and public offices and it shall be enforced by the appropriate executive committee at all levels.(PDP constitution,1999).

Therefore,it must be stated point blank here that there is zoning and rotation every where,Right from the National level through the various states to Local Government areas and electoral wards arrangements across the country. That is why you have the National Chairman of the party from the North and the president of the country from south.

The party constitution provides for the rotation of the officers to the National,State and local character of geo-political areas of the country. This is to ensure that the various posts and position go round all the geo-political locations for equity and Fairness. Therefore no section must feel cheated.

Event has also proven zoning as reality in the scheme of things in the party. For instance,we have State PDP chairman from Ekiti North and Minister of Police Affairs from Ekiti Central mean while these  two zones has been produced the two elected Governors each(Otunba Niyi Adebayo and Dr Ayo Fayose were from the Ekiti central while Engr Segun Oni and Present Governor Dr Kayode Fayemi were from the Ekiti North). It was only Ekiti South that has never produced a governor of the state.

Unity in diversity is our nature,it is in our culture,our language and disposition. Therefore let us not allow any politician out of greed,over ambition or Selfishness to manipulate,pervert,subvert or compromise this golden rule of zoning. But rather,respect the zoning principle which is based on the equity and justice. If we understand this,we will have no problem.

Based on these facts,the PDP NWC and SWC for the promotion of peace and stability,fairness and equity the next Guber candidate should  come from Ekiti South Senatorial District.

Let us promote unity in diversity in Ekiti State,with zoning,the cries for marginalization will be led to rest. There will be peace and political stability in the state.
Regionalism and Sectionalism is natural in our policy and it is to create peaceful co-existence,mutual understanding,rapid development and societal changes in all the senatorial districts.

PDP NWC,PDP SWC and Ekiti State should do what is right by accepting the demand of the Ekiti South Senatorial District to achieve Equity, Justice and Fairness in the policy.

God bless the land of honour