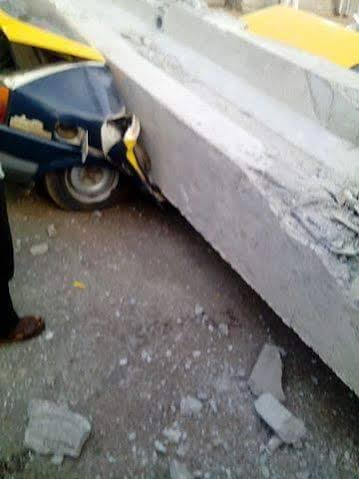 A slab of a pedestrian bridge under construction along Dorayi Karshen Waya in Gwale local government area of Kano state slipped from its position and fell on a taxi, killing 6 people yesterday evening at around 5:20pm.

The cross over bridge has been under construction to provide succour to those people who have to trek a long distance before they can cross over to the other part of the road.

From all indications this appears to be an act of reckless negligence on the part of the construction company.

While slab was place it appears to have not been hooked to avoid accidents; the worst part of it is that they allowed the passage of vehicles knowing fully well that such situation is probably to happen and prone to accidents.

The victims included a woman and her baby and 4 other men including the driver who are believed to have lost their lives and their remains could only be gathered after the vehicle was torn open hours after the incidence.

The remains have since been evacuated to Murtala Muhd specialist hospital kano. 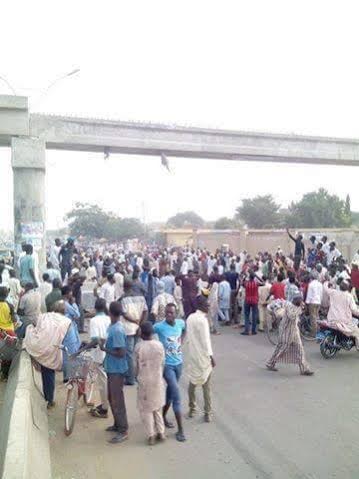 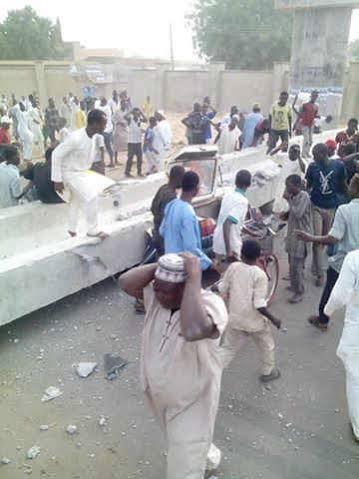 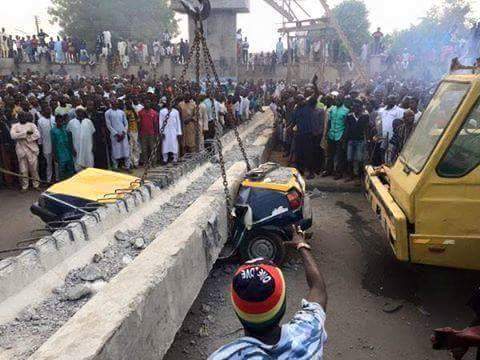