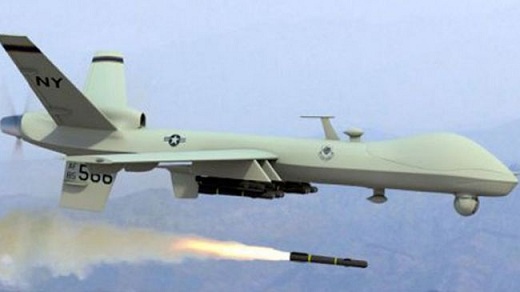 Relatives of three US citizens killed in non-UN sanctioned US assassination drone strikes in Yemen have sued senior officials at the US Defense Department and the CIA.

According to the lawsuit filed on Wednesday, the killings of US-born Muslim cleric Anwar al-Awlaki, his 16-year-old son Abdulrahman al-Awlaki and naturalized US citizen Samir Khan were unconstitutional, Reuters reported.

A CIA drone strike killed al-Awlaki and Khan in Yemen in September 2011. In October 2011, another drone attack in Yemen left al-Awlaki’s son and six other people dead.

In their lawsuit in US District Court for the District of Columbia, relatives accused Defense Secretary Leon Panetta, CIA Director David Petraeus, and two military commanders of approving and directing the strikes.

They said that the three assassinations committed by the CIA violated US legal guarantees, including the right to due process.

“There is something terribly wrong when a 16-year-old American boy can be killed by his own government without any accountability or explanation,” said Pardiss Kebriaei, a lawyer at the Center for Constitutional Rights, which is representing the relatives, along with the American Civil Liberties Union.

The officials at the US Defense Department and the CIA who were accused in the lawsuit, refused to comment.

The lawsuit is expected to open a new chapter in the legal wrangling over the US President Barack Obama administration’s use of drones against terrorism suspects.

The US military has used the unmanned aircraft in several Muslim countries, including Yemen, Somalia, Afghanistan and Pakistan.

Washington claims that its airstrikes target militants, but local sources say civilians have been the main victims of the attacks. The United Nations has called the US drone attacks “targeted killings that flout international law.”

On January 31, President Obama confirmed that the US uses the unmanned drones in Pakistan and other countries.

In reply to questions about the use of the assassination drones by his administration in a chat with web users on Google+ and YouTube, the US president said, “a lot of these strikes have been in the FATA” — Pakistan’s Federally Administered Tribal Areas. -PressTv