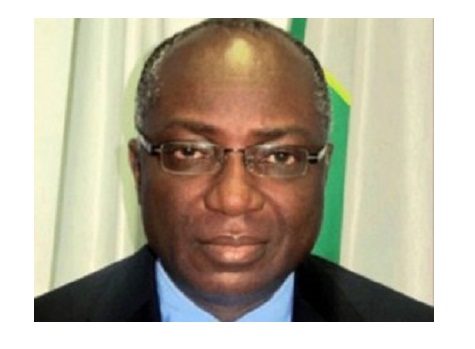 DailyTrust- Director General of the State Security Service (SSS) Ita Ekpenyong yesterday said most people now join terrorist groups in Nigeria just to make money and not to fight for any cause.

Mr. Ekpenyong said at the opening of a workshop on media and national security in Abuja that such groups exist for the money their members stand to make through violent crimes including armed robbery.

“It is greed,” he said, adding: “We arrested one carpenter who joined the terrorists recently. He told us that he used to make about N80,000 per month but now gets over N250,000 after joining the terrorists.”

He said terror groups engage in robbery and share the proceeds among themselves.

The DG criticized the media for allowing themselves to be used to send terrorists’ threat messages to people or ridicule the security forces.

“The media is like oxygen to terrorists,” he added.

Mr. Ekpenyong urged media organisations to balance their reports by being fair to both sides and avoid reportage capable of undermining national security.

“It is not the job of independent media to act as mouthpiece for government, but to report as objectively as they can on the course of events. The media would be failing in its task if it did not critically examine government policies from the point of view of both moral justification and their practical effectiveness,” he said.

“The media must when reporting on matters of national security submit to certain restraints. The worst thing the journalist can do therefore is to exaggerate the threat and make the terrorists’ message louder. That serves only to deepen people’s fear and sharpen the divisions in the society, the terrorists can then exploit further.”

“The Northern Emirate System Is UnIslamic”-Sheikh Ahmad Gumi On SaharaTV

NewsRescue- In the SaharaReporters interview video below, Kaduna-based Sheikh Ahmad Gumi answered many questions including his discussions with “panty-bomber” Abdulmutallab. He described Northern terrorism as a result of jobless youth that abound in the country. In his expressed views, the government and security services by never fully investigating terrorists and unlike “developed societies,” never releasing images and names of caught and dead bombers to the media and public for public cooperation in the hunt; also their covering up of sponsors of terror, were behind terror in Nigeria.

Sheikh Gumi described terrorism as similar to other forms of violent criminality that jobless youth were employed into. He denounced the Northern Emirate system, saying it was left in place by the colonialists in error. The system which he described as unIslamic, and which includes prostration, a habit reserved for God alone – he Gumi said he never prostrates for these Emirs – was responsible for keeping the North underdeveloped as the Emirs controlled the society and did not encourage enlightenment and education of the youth.

Describing the monarchical Emirate system as Haram(forbidden in Islam), he said Islam was against inheritance of leadership, but for consensus leadership selection based on individual qualities. Gumi prayed for Nigeria to get an inspired, intelligent leader as a whole, this he said is the only way to solve the Nations problems.

Gumi further went on to say that security agents, mischievous elements and the third column have employed the real Boko Haram, which was not intent on violence and had been discredited theologically in its views, giving them arms and utilizing them for all types of mischievous purposes, which included as a cover for crime, political uses and as a means to splinter Nigeria.

Asked whether he was afraid to die for his criticism of the leadership and Boko Haram alike, Gumi said as a Muslim it is not when you die that matters, everyone will die. It is how and in what state of faith you die that matters, that the prophet of Islam had prophesied that at the end times, people will be so wicked and there will be killing, killing, killing, and that many hypocritical Muslims would be involved in this. That the prophet of Islam further said, if he was here in that time, it would be these hypocritical terrorist Muslims that he would personally first kill.