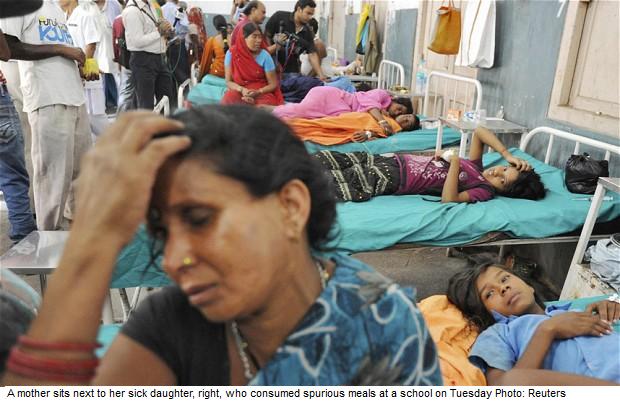 Twenty-two children are dead so far in the village of Dharmasati Gandaman, in India’s Bihar state. The cause is not some communicable disease or strange virus, but their school lunch. According to the BBC, the children all ate from the school’s free mid-day meal. Forty-seven fell ill and 28 had been taken to area hospitals.

The free-lunch program is designed to both combat hunger and increase school attendance in the poverty-stricken village. It’s referred to as the Mid-Day Meal and was started in 1925. But, critics say, it’s plagued by poor hygiene.

Following the deaths, protests broke out. Parents joined with protestors and at least four police vehicles were set on fire.