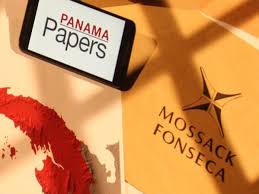 If Nkrumah woke up to hear Ribadu claim that trillions of dollars have been looted out of Africa and Thabo Mbeki plea on Africans to take action against African Panama looters of billions of dollars in avoided African taxes, he would be shocked beyond death. Whatever Nkrumah had spent on Independent Freedom Fighters could not have brought the celebration of Vagabonds In Power! Here are traitors that are being treated as royals in each African country.

The fight for independence used to be the reason to go into politics in Africa but sudden foreign income from gold, diamond and oil that place politicians in charge of fiscal management of the country directly changed our motives and exacerbated African problems into civil wars of ethnic independence. One would think that poverty and lack of basic infrastructure would raise level of agitation and protect us against obscene salaries and allowances. Not even a scratch.

Despite the fall in foreign income from exported oil and unreceptive justification for status quo, remuneration went on as usual without drastic cut in Nigeria. If old soldiers that never die, billionaires looters reincarnated in Panama Pharaoh Tombstone. It is too painful to leave money in Africa after setting up their children and grandchildren outside. Surprisingly, there are more money left, must not be wasted, so they had to prepare their Pharaoh Tombstones in Panama.

Africans have been blinded, numbed and inoculated by too many communal disasters. Indeed, the masses have moved on as other incessant problems befall us like Ebola in West Africa, the perennial petrol shortage, Aguta massacre and Boko Haram in Nigeria. Surprisingly, our cries about payment to politicians died down without political casualties. Instead we are reminded by Panama Papers that the gluttonous and voracious appetite of our politicians are still alive.

In a country, where corruption is not stealing because corruption involves politicians protected by Army and Police (flown inside a jet contracted for $3m monthly); compared to hungry petty thief lynched in the market (for stealing milk for his newborn). The outrageous pay of former governors also confused us further by more bombastic pension. Only juggle justice can save us.

You see, Africans have no business in Nigeria’s money. Nigerians are not like Nkrumah that see Ghana as Africa, and used its meagre earning on Africans. There were days when Nigerians were ready to invest its money in or outside Nigeria to benefit Africans at home or outside. Nigeria has given birth to vultures that have repulsive use for our money. When governors started padding their salaries and pension, it was like play like play!

Amoda Yekini Ogulere alias Tinubu started it and the rest of the governor followed because he got away with it. It will be hypocritical to claim at this point that we did not know looting would get worse and other governors would build on it. Many justified APC reincarnation of Yekini at the Federal level because: when you see fire, you fight fire with fire. We are just starting the celebration of impunity, if not arrested one way or the other our great grandchildren would pay!

After all, what is Saraki celebrating that has not been predicted by the actions of those before him? Obasanjo and his best friends Danjuma and Atiku fell apart over oil blocks, privatization of parastatals and foreign investors. Andy Uba loaded plane with American dollars. We only know about when he got caught, we did not know if they made many trip to Panama. Even Jonathan as President could not be outdone with Dazuki, by sending a planeload of dollars to S. Africa.

Igbo saying taught that when you put sugar in the mouth of a kid, don’t expect him to spit it out.

Why other Africans do not “understand” Nigerians: it is our money and our sons and daughters! We can never save Nigeria or invest in Africa as long as we have Panama looters on board a ship that must deliver dividends to the next generation. A system that allowed Saraki back in power, exonerate Gov. Ibori, Bank Manager Akingbola or Abacha family cannot catch a mouse O!

Africa is not United States of America or Europe where due process, rule of law and democracy in the midst of plenty can adequately fight corruption and fraud of the highest order; compared to looters in our ocean of poverty. Any threat to America or Europe very existence, calls for zero tolerance, no place to hide in the rule of law or democracy. By deadly force on any space, even kidnapping from other countries or eliminating, despite collateral damages. They don’t play!

With all respect to Africa’s legal minds, Senior Advocates and Queens Counsels; if any of them still think the rule of law and due process can deter African saboteurs, they need to apply their unique abilities to free terrorists in Europe and Americas as they do for our parasites in Africa. These looters make sure they steal enough to droop foreign cash in excess of life salaries and pensions in front of police, lawyers and judges. Ready to discharge or stall until next election.

In lieu of juggle justice, well-meaning Nigerians want special tribunals to avoid delay tactics of lawyers hired by crooks in agbada that grabbed wealth and encourage others to do the same by hook, crook or tulasi exploding and corrupting our culture. When we face a threat as severe as the western countries, we must use every power within our means to save Africa. Wanted a government specifically to sanitize corruption. Trials must be less than 6 months no magomago.

The amount of money leaking out of African is greater than what exports can earn, odious loan, trade or the so-called foreign aids and technical assistance. If these continue, our existence as a country or as a Continent is at stake. We face more threats from our politicians’ legal and illegal wages than from the world’s most deadly Boko Haram terrorists; today. We must give credit to the Executive Branch hard spine in confronting and winding down of Boko Haram fanatics.