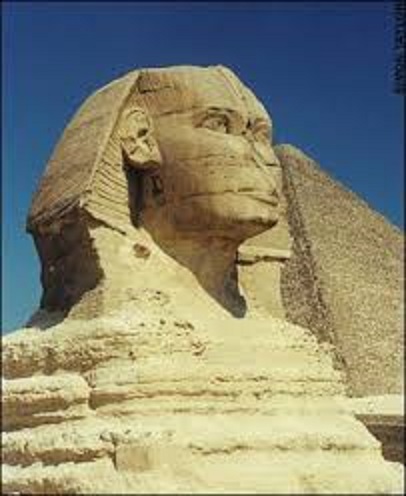 A lot of people were yesterday, 23/ 06/2050, left agape in Sakkwato – the headquarters of the Caliphate in Hausa land since 19th century – after the press conference by the team of professional forensic scientists, geneticists, archaeologists and excavators, which unveiled findings of a 200 year old research to the effect that the Pharaoh of Egypt during the times of Prophet Moses (pbuh) originated from the ancient city of Kano.

According to the experts from everywhere round the globe under the leadership of Prof. Umar Elzakzaky El-Bahaushiy, the research did not leave any stone unturned before arriving at this conclusion. Prof. Umar affirmed his conviction that all scientific enquiry regarding ancient Egypt has now ended with this research work as he said, “the genetic makeup and other traits of the Pharaoh Seti, who engaged in the merciless slaughter of the Jews at that time, and his successor, Remeses II, with whom Prophet Moses (pbuh) had serious confrontation, are clearly reminiscent of what is obtained of the genes and traits of Kano people today, especially those in the nucleus of Badala in the ancient city”. He said, “This should not be surprising since it has been established that ancient Egypt was originally a black civilisation”.

Reactions to the findings vary as some see this as a plus in the Kanawa sacrosanct heritage since the ancient Egypt is also known to be the cradle of civilisation in the invention of grand social concepts, technology and moral orders, religion inclusive. But many did not find a thing to smile at, since a reference to Pharaoh, Badala, genes and traits, made, identified only certain personalities of the yore days with Kano.

This casts uncertainties as others ask questions in similar vein as to whether other revered personalities like Prophet-king Akhenaton, the first king of the then Egypt, who is known to have practiced and made monotheism the official faith of the then Egypt, was also from Kano or not. Or whether there are clues about the true places of origin of other prominent black people in ancient history, like Hajara(ra), the wife of Prophet Abraham (pbuh) and mother of his son Ishmael(pbuh) who is the ancestor of Arabs; Lukman(pbuh) The Wise, the revered prophet and judge of the Prophet-King David’s Empire(pbuh); Bilal(ra), the Muezzim of the Prophet of Islam and; Bilkis(ra) the Queen of Sheba(Habasha), who later married the revered Prophet-King Solomon, in what is today Hausa land.

However responding to questions with the above posers, Prof Umar said, “Though we are not absolutely certain on some conclusions about Hajara (ra) and Akhenaton, because of other technicalities, but we can confidently say the personalities in question really have links to Hausa land even if not necessarily Kano”. He added, “it is practically true that the etymological origin of the word, Hausa, can be traced to the word Habasha, which is used then to identify the region today known as Ethiopia even as words like Kwankwaso,philologically, mean the same thing in both Hausa and Amharic, the national language of today’s Ethiopia, therefore Bikis (ra) can easily be seen as one of the Hausa and Hausa, in part, descent of the revered Prophet-King Solomon”.

On Lukman (pbuh), he said, “as it is now, the fossil records and the result of genetic mapping suggests a link with this great personality with the people of ancient city of Zaria in the same Hausa land and facts in social anthropology collaborate this claim as the near ascetic behaviour of the people, their interest in the science, art and practice of jurisprudence and defence of justice no matter whose ox is gored, testifies to this.”

On a different note he said a research is being carried out to locate the exact places visited by Bilal (ra) who after the demise of the Holy prophet left Medina to places that are still obscure in the studies of Islamic history. But “high points of this yet un-concluded research”, he said, “pointed to him having returned to his roots and possibly visited Hausa land, which  some ancient inscriptions on stones, suggest, maybe Zaria”.

Outside the venue of the press conference, reactions continued to vary among intellectuals, politicians and ordinary people on this significant development. The current Imam of Kona, who leads the Friday prayers at the palace mosque in Zaria, told Archival he was not surprised by the findings since the reputation of Zaria well surpassed the thinking of many who didn’t even know that Sheik Usman Danfodio, the leader of the 19th century Jihad in Hausa land, received part of his education in Zaria. He said anybody who wants, can come to his family house, an over 300 years old structure in the ancient city, to see the reserved room where Danfodio lived including his hat and staff which he left there after he and his comrades agreed to start the Jihad. He said he was told also by modern ‘Yan boko’meaning, those trained in the Western form of education, that today,  Zaria town, has the highest concentration of educational institutions in the whole of West Africa.

On the other side, Archival  was not able to get the Kano Emirate for comment as the palace secretary was said to be asleep for the last 24 hours, at each interval of 30 minutes our reporter would call to enquire whether he could see him but on the same reasons, his efforts were averted. Though Prof. Abdalla Uba Adamu, an educationist with Bayero University, Kano and also a native of Kano, who has interest in the cultural practices of Hausa people anywhere in the world, courageously agreed to grant our reporter a 30 minutes interview, but it was at the time of transcription that our reporter discovered that what Prof said did not have any bearing on the issue at hand, they were only issues in modern Hausa Home Videos, music and Ajami forms of writing, veiled in fine English.

Also an attempt was made to reach the webmaster of www.kanoonline.com, Mal. Salisu Danyaro by phone, but since he learnt it was an issue relating to the outcome of the press conference, on the first pick, he dropped the line and never picked again despite our constant try. Prof. Auwalu Yadudu, the legendary legal expert from Kano, was said to be out of the country at the time of compiling this report, without even his nuclear family’s knowledge of his exact destination. But some said he’s gone scouting for an opportunity to depend Charles Taylor, the alleged dictator and war criminal of Liberia, who is facing trial at world court in Katsina, another revered state in Hausa land. Prof. Munzali Jibril, a linguist by training, in a simplistic and arrogant manner dismissed the findings as mere Kanzon kurege,a Hausa expression used to show reports to mean mere fabrications.

One academic (name withheld) who has a Phd in Sharia at Usman Danfodio University, Sakkwato and sire of the sultanate royal family, observed that the attitude displayed by the Kanawa after the conference confirmed further the truth of the conclusions of the research. Dr. Bala Muhammad, the veteran journalist and now columnist in the highly regarded weekly Newspaper, The Trust, concurred in a brutally frank characteristic that even though he is a bonafide and authenticated Bakano, he cannot help but identify with the outcome of the research. In his own words, “the best thing to do now is to start looking at ways to redeem our image and mingle with the right people so that genetic mutation can quickly overcome the militant, insincere, arrogant and materialistic gene in us”.

In line of this another culturalist in the Department of Hausa and African Languages, Bayero University, Kano, Dr. Baba Impossible, is found to have long ago been craving to marry from Zaria as any opportunity he gets in every public gathering involving Zagezagi even in Hausa Interview programmes like Hannu da yawa, by the then Federal Radio Corporation of Nigeria, he would jokingly insert a subtle request to be given for marriage any of the Queens from Zazzau. This makes many to think he may have had insight into the conclusions of the research, maybe independently, since he is a very good scholar in cultural relativity, but rather chose not to make public his findings that other Kanawa may not benefit from it, an action seen by the Phd from Sakkwato, as another evidence confirming the presence of the undesired gene in the respected academics among the Kanawa.

However, Zazzau Emirate Council, in response to the suggestions by Dr. Bala Muhammad, encouraged all Zagezagi to give out their children in marriage to all Kanawa who may come calling, since it is found that their gene is the dominating one and they would not be affected by the Kanawa as much in traits but rather the other way round as the goal should be to rid Hausa land from all traces of malicious tendencies before the year 2100. The emirate further caused them no to desist from doing so, on any frivolous motive, and to always remember  the quote ascribed to their great grand father, Prophet-King David in the Bible which says: “…The generous souls shall be made rich and he who waters will surely be watered”, Proverbs: 11:25.

Fact: Ancient Egyptian civilisation was originally a black civilisation as most of the Pharaohs were blacks then.

Fact: Ethiopia, Sheba or Habasha was the bastion of Egyptian priests on whom the philosophical salvation of the Egyptian empire was relied upon.

Fact: The word Hausa is a metamorphosis of the word Habasha which denotes the place of origin of Hausa people, Hausawa, Habshawa.

Fact: All the the people of the old referred in the report were indeed known to be black.

Fact: The fiction begins only at the Press Conference and subsequent events and interviews which depict some marked, distinguished Kanawa who have and still serve Hausa cultural establishment, in the 21st century, admirably, in a unique and ingenious  way, as they falter within the historical images of ancient Egypt and what it means to the world that do neither recognises nor respects its true siblings.

This essay written by Ibrahim A. Waziri, Iya Abubakar Computer Centre, ABU, Zaria was published in the Weekly Trust Edition of December 22, 2007 on the title, Were the Pharoahs Hausa?