The ongoing political ‘war’ between President Goodluck Jonathan and Kano State Governor, Rabi’u Musa Kwankwaso took a peculiar dimension on Tuesday when the governor alongside his cabinet swept off the venue where Mr. President held his rally few hours after he had left.

Kwankwaso, who outrightly snubbed Jonathan and his entourage had earlier asserted he regretted voting for President Jonathan during the 2011 presidential election, saying that the President has failed the whole nation .

“I regretted voting for President Goodluck Jonathan in 2011 Presidential Election, as he has done nothing to move the nation forward. Only a few people are enjoying in Nigeria at the expense of the generality of the citizenry,” he said. 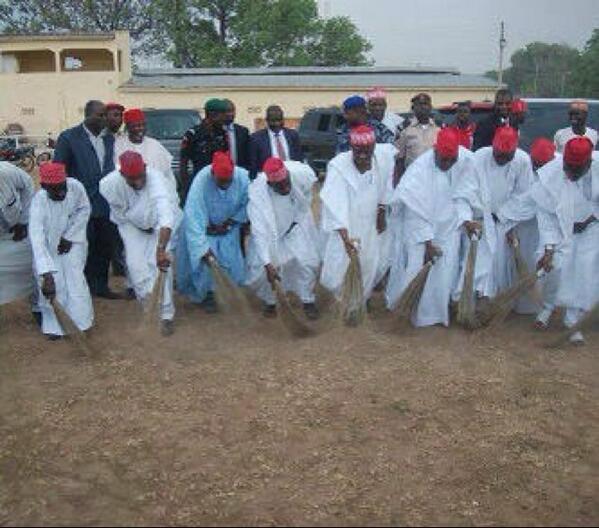