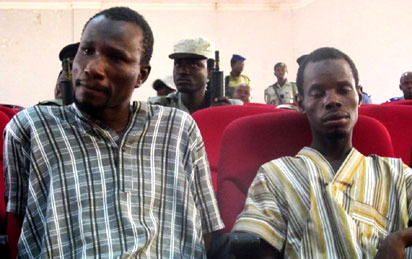 10 Boko Haram suspects sentenced to death by the Chad government have been executed.

The 10 were killed today by firing squad.

The 10 were found guilty of a double suicide killing that left 38 people dead in the capital N’Djamena.

Nigeria’s past Jonathan government has been criticized for being sympathetic to Boko Haram and giving its terrorists life and having never yet killed any Boko Haram terrorist.