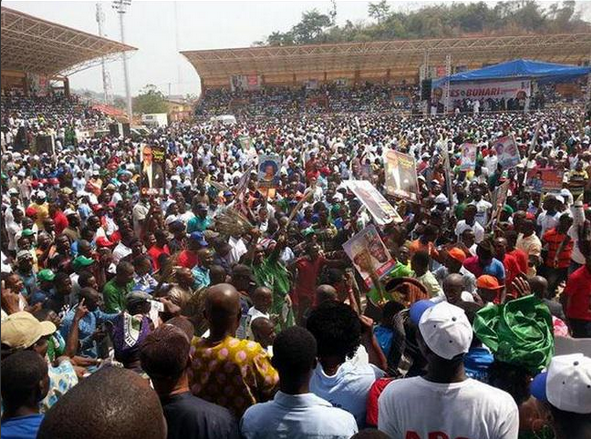 24.01.2015 – With three weeks until votes are cast in the presidential race, the All Progressives Congress (APC) campaign for the presidency swung into Ekiti State, where they were enthusiastically greeted by peaceful and energetic supporters gathered at the Ado-Ekiti Parapo Square.

Rousing speeches were delivered by Tinubu, Fayemi, Aregbesola, and Oyegun to the receptive crowd gathered. Tinubu, who connected to his rapt audience by speaking both English and Yoruba said, “You cannot continue with a government of fake promises and failed ideas… the need for wisdom is now, the need for Buhari is now, because he is coming to rescue Nigeria.”

Oyegun then took to the stage and after introducing new party members who had defected from the People’s Democratic Party (PDP), described Buhari as the revolution Nigeria needs. “This is a common sense revolution… on 14 February 2015, Nigeria will enthrone righteousness, will [experience] rebirth, rebuilding and restoration, and will make you proud as a Nigerian wherever you go around the globe…. Get ready to say good bye to bad governance, corruption, and a government that cannot keep its promises.”

Oyegun then announced Buhari by calling him “the apostle of change”. Following the glowing introduction, Buhari took to the stage next, speaking on what he described as the three vital pillars around which the APC policy plans for the country revolve: corruption, insecurity and unemployment. “Make sure your votes count!” he stressed as he rounded up his speech.

The campaign now moves on to Ondo State.

Pictures of campaign in Ekiti 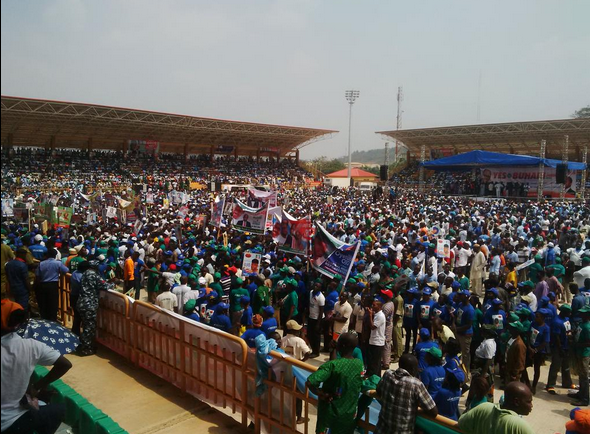 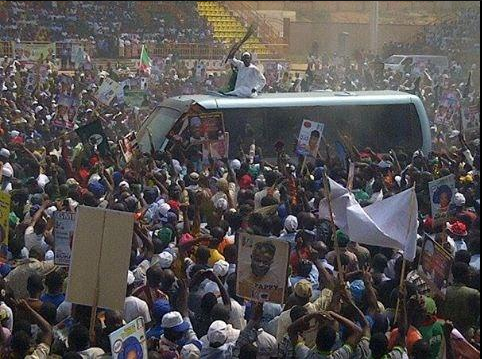