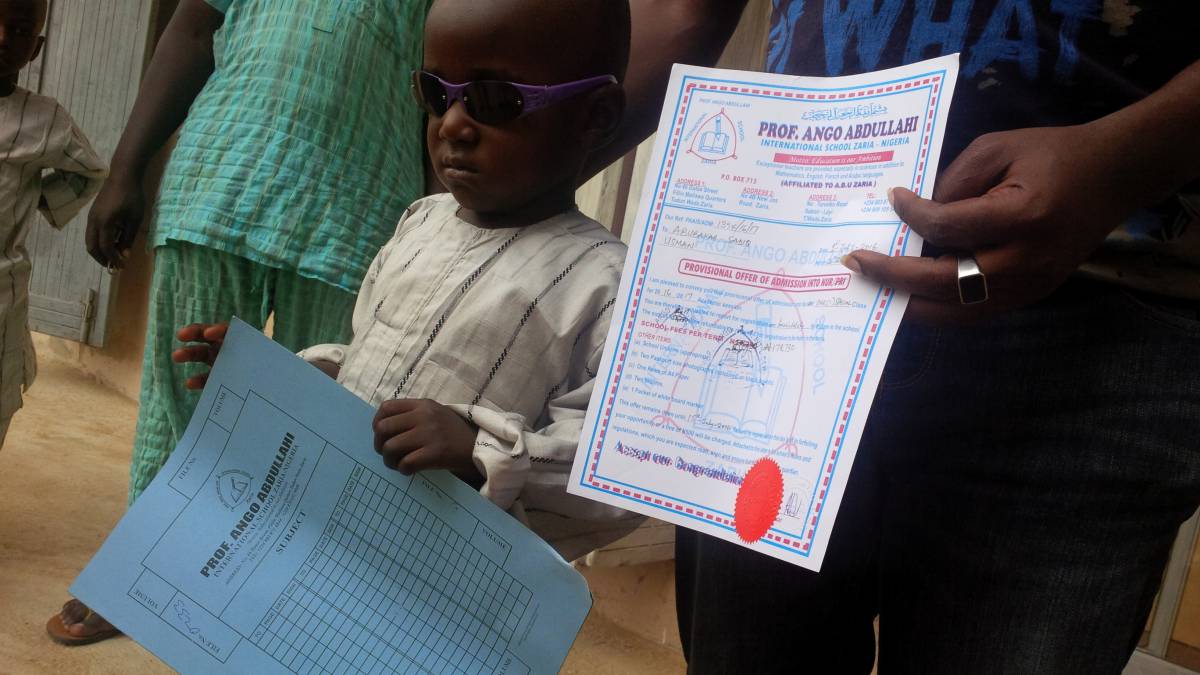 It is is the 12th month that four-year old Abubakar Usman lost both eyes to suspected ritualists in Zaria, Kaduna State.

It was January 25 that four-year-old left for a nearby house to buy cheese balls before heading to his evening Quranic class when he fell into a trap.

“The whole thing happened in the twinkle of an eye,” recalls Mallam Usman, Abubakar’s father.

When the news broke out, the Kaduna State Government sent a delegation led by Bashir Ibrahim Dabo, one of the special assistants to Governor El-Rufai, to visit Abubakar where he was receiving treatment at the Ahmadu Bello University Teaching Hospital in Zaria. Dabo, on behalf of the government, donated N179,500 for his upkeep.

Of greater importance, he relayed to the family Governor El-Rufai’s promise to take care of the boy’s education up to university level.  Similarly, Senator Shehu Sani (Kaduna Central), pledged to sponsor Abubakar to India for better treatment.

But none of those promises has been fulfilled.

Said the boy’s father to our correspondent: “At the initial stage, Senator Sani gave N100,000, and promised to take the boy abroad for treatment. And since January when this incident happened, we didn’t see him until a month ago when he came around to make another promise of taking the boy and his parents for lesser hajj.”

Furthermore, he said, the specialist hospital to which the boy was taken in Kaduna said his case was beyond what they could handle.  “They advised we seek treatment for him abroad and that’s why we’ve relied on Senator Sani’s promise.”

The state government has not lived up to its promise, either, Malam Usman telling our correspondent his son had been home for over six months, waiting on Governor El-Rufai’s promise, when a someone based in New York came around and enrolled Abubakar in Prof. Ango Abdullahi International School in Zaria.

On hearing that the boy has been taken to school in Zaria, he explained, a couple of politicians, especially from the Local Government, visited the school and made a series of promises they have also not fulfilled.

“We thought the State Government, as promised, has taken Abubakar Usman abroad for special education,” a management member of Prof. Ango Abdullahi Int’l School told our correspondent.   “Although this is not a special education school, we have made provisions for pupils with special needs like Abubakar. One individual brought him to this school, and has paid his fees for two terms now, and also got him educational materials like braille. We are still shocked that the government is yet to attend to the boy’s educational needs as they promised in January.”

Mr. Dabo, who led the Kaduna State delegation to Abubakar in January did not answer calls or reply text message put through to him by our correspondent.  Several calls were also placed to Senator Sani’s line, but he wasn’t reachable. 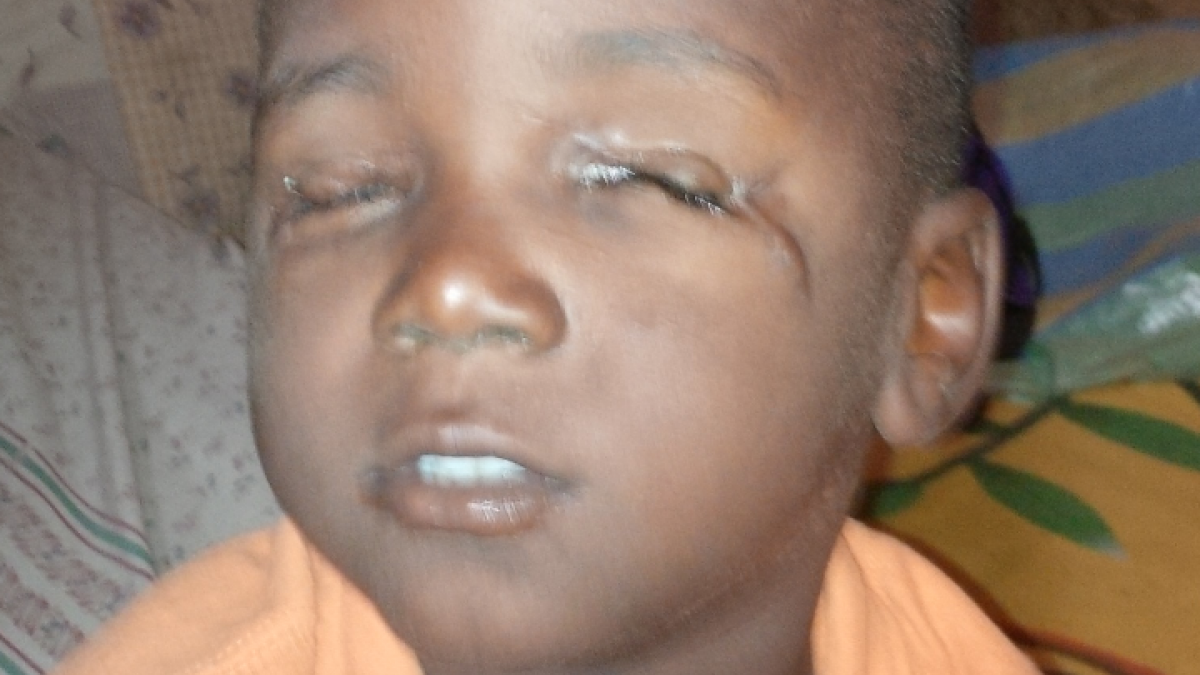 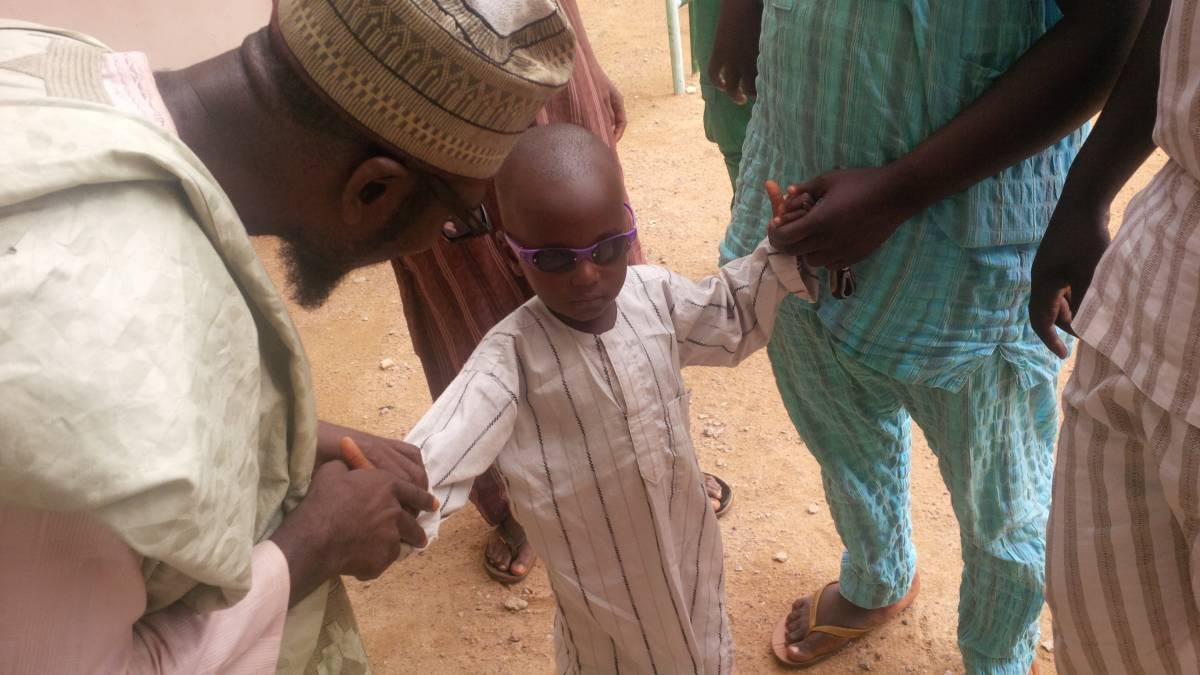 PHOTONEWS: The Zaria Boy Whose Eyes Were Gouged Out- SaharaReporters