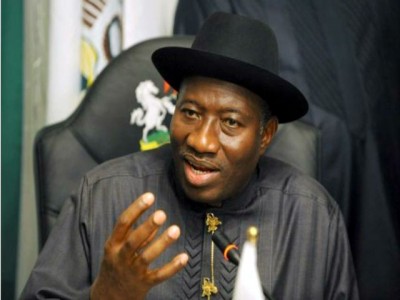 Immediate past President, Goodluck Jonathan has taken a swipe at the President Muhammadu Buhari administration following his move to curb hate speech in the country.

By doing this, Jonathan shared a picture of a quote he made on Facebook in 2014.

The former President said in the quote, “I am the most abused and insulted President in the world but when I leave office, you will all remember me for the total ‘freedom’ you enjoyed under me.”

This came in apparent response to Vice-President, Prof. Yemi Osinbajo’s earlier statement that the Federal Government would treat hate speech as terrorism.

Also, the Nigerian Army had during the week, said it would be monitoring social media posts.

However, while some of Jonathan’s followers applauded him for the post, others called him out for allegedly allowing corruption to thrive while he was on seat. 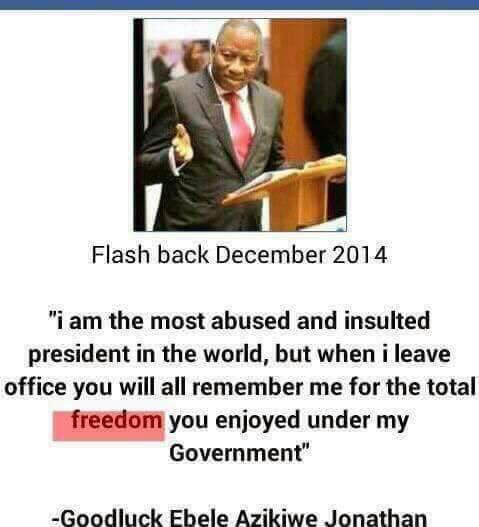