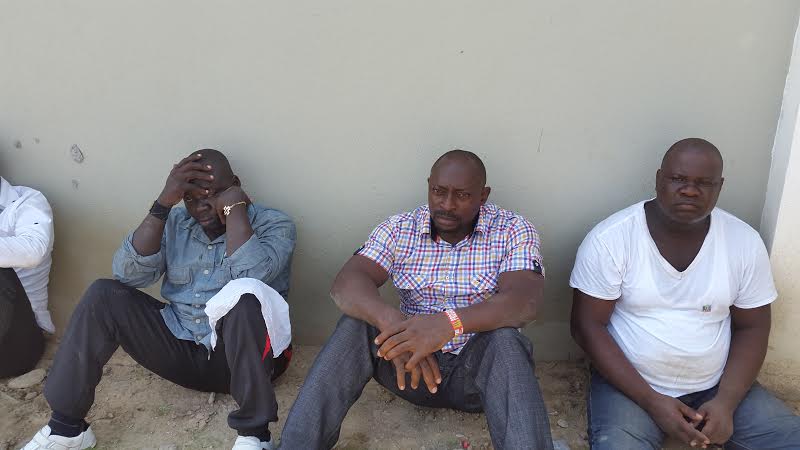 The group of suspected attackers earlier arrested while attempting to attack former President Goodluck Jonathan earlier today has been unveiled by the police in Bayelsa State.

Recall that the suspects who has chased a short motorcade of the former President, Dr Goodluck Jonathan from the Julius Berger bridge area of the State capital to the entrance of his Yenagoa private residence were arrested by a team of combined security men attached to the former President.

The leader of the gang who has now been identified as Beledanyon Ben was the second in command to Igodo, a notorious bandit and known as a body guard and “hitman” of the candidate of the APC, Chief Timipre Sylva from Nembe area of the State. Others are Walter Ben a notorious criminal on the wanted list of the police and one Toijene Easter.

The suspect who have currently made some useful confessional statements to the police are still being interrogated as at the time of filing this report at the Ekeki Police division in the State capital.