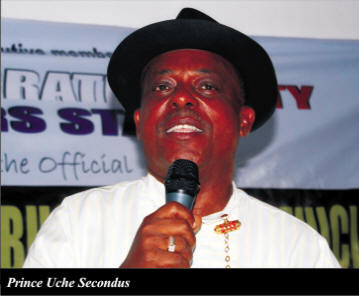 Time to become Political ‘Born Agains’, is now, next month might be too late

This open letter to you becomes essential for a number of reasons. The recent state of affairs in the Nigerian new major opposition party that culminated into the resignation of your party national chairman and the chairman of board of trustee is disconcerting. Moreover, the possible ensuing problem that it might leave in our body polity is not good-looking. In the same way, the prospect of your party not being able to manage this post 2015 election fiasco is unsettling. Equally, the possibly of the party fading quickly into memory or at best becoming regional party dictate that well-meaning Nigerians should call you and your party members to reason in a bid to encourage a dynamic opposition party just as the then opposition party provided Nigerians and your party led government. For the sake of our collective national interest if that still count something to your members, your party need to get your house in order or give us the hint as swift as probable that you will or will not be able to perform the role of the leading opposition party commendably.

The 2015 election has come and gone but the fact the supposedly largest party in Africa that was supposed to continue to be in power unchallenged for sixty years lost dejectedly in the just concluded election is still fresh in our memories. The fact that your party lost the presidency, lost majority seats in the senate, turn out to be the minority in the House of Representatives, and the distressing day out at the 2015 governorship elections across the states was a big letdown for the party. Just in the span of two years after the exodus of the five of the G7 Governors, your party and it is typically aura of preeminence has transformed to a point of almost beyond recognition. Was this because of the clamour for change? Your party and members used to be the masters of the Nigerians fate, you assumed you were too big to lose, and so do many Nigerians. Your party almost brought all Nigerians but few to their knees but then again now that you are been force by your shocking catastrophe at the 2015 polls to have rethink, it is time for you and your members across the country to fight not only to save your faces but to also save the party.

We all make mistake and it happen to the best of us, ANPP had made several mistakes, ACN and CPC made theirs in previous elections, and years later they have displayed to Nigerians that they learnt from their mistakes. Therefore, you will have to take lesson from the history of the defunct parties that merged to form APC and quickly unlearn the way the society has thought us all to relate with failure rather you need to work on how to learn from your failure. No Party wants to fail, but your party needs to be eager to take this plunge and self-analyze to learn from your failures. If Nigerians had not given your party the opportunity to fall short of your goal in the last election, you might have remain incapable of noticing that the party is a sinking ship with a clueless captain surrounded by sycophants, worse of advisers and attack lions as one of them preferred to be called.‬‬‬ You would not have seen any reason for you to take responsibility for everything that happened in the last 16 years.‬‬

It was an open secret that the your party led ‎Federal Government‬ was very close to the Israelis; too close for some Nigerians fancy, in fact, at one point some people thought the presidency almost ‘moved’ the sit of power to Jerusalem or the Aso Rock housed the Israelis embassy. As a result, one would expect that your members would have learnt from your friends, a cultural tolerance of failure that the Israelis call ‘constructive failures’ or ‘intelligent failures’. There is this saying that success is not final; but your party wrongly assumed that your triumph is final and anticipated that you will be in power for 60 years unopposed! You went ahead to conduct yourself just like the too big to fail characters of the Wall Street, it almost got to a level that some Nigerians thought that it was a crime to be a Nigerian. Your defeat at the last general election has given hope of change to some of the common people. Hope of change and the hope that your members might repent and become ‘political born agains’‬.‬‬

One is drawn to have the feeling that you all know why your party lost the election, take lesson from that accordingly. Aside from the issue of fiddled campaign funds, call for resignation and resignation being discuss by your members on the pages of the national daily, you might want to ruminate over some of these problems observed by Nigerians as well. Where are the G34 that founded your party, with exception of those who are dead now, your party frustrated most of them out or at best silenced them in the party they started? The first president, vice president, speaker elected on the platform of your party and some of your National chairmen and leaders were discouraged out of the party. You relegated those who could engage the opposition intellectually.

Your party rejected court verdict that asked the Osun resilient political leader to be reinstated as the National Secretary of the party. The impunity witnessed in your party led government was probably as immoral as those recorded in some military regimes were. Your party kept mute when some of your members insisted that sixteen (16) was greater than nineteen (19). The leadership of your party kept felonious silence when similar impunity was committed in Ekiti where seven (7) legislatures locked twenty-one (21) outside. You should have foresaw these poor outings, when your party lose five governors and brushed it aside saying, being the biggest political party in Africa, the impact of their leaving will not be felt.

Do you remember that your party rejected any sensible counsel for you to tolerate an additional presidential aspirant to pick form, immodestly saying that you printed only one form. You were not capable of breeding internal health rivalry within the party. This led to internal wrangling and mutual distrusts that further weakened the party and its structures. Your primaries across the states were characterized with fraudulences and unintelligent manipulations. The list included that of Lagos, Adamawa, Rivers, Oyo, Nasarawa, Ondo, Ogun and many other states and your party went into the 2015 election with many baggages. Your party condensed low to the point that your campaigns across the states were more of campaign of hate and calumny. Your party resorted to dissemination of barefaced lies, and detrimental propaganda. Your party made panicky effort to divide Nigerians into North and South and effort were made to polarize Nigerians along religious line. You took your campaigns to the pulpits and it led to allegation and counter denunciation among people who should guide the country spiritually.

What were you expecting from Nigerians when you allow your presidential candidate to give a free rein to spoilers as his Senior Special Assistant on Public Affairs, Special Assistant on New Media and Mr. I have evidence that he will die soon as spokesperson in the Southwest. You did nothing when he went ahead to pick Mr. Ex-Minister See-it-all, Know-it-all as the Director of Publicity of his presidential campaign. Your party gave senatorial candidate tickets to supposed drug baron, wanted by Interpol and a woman with N250 million BMW car scandals on her neck among others. What did you think would happen; you should have implored the tough woman of your party to ensued cessation of hostilities and act her nickname. Your party assumed that elections were not won on Facebook or Twitter, but the best guess is that you must have realized that you got it wrong there. You should have called your members to other when they were attacking the umpire jaggedly; you irritated his big fans. Your clamour against the card readers was counterproductive in retrospect. Your party was hell-bent on wasting your political capital. You were expecting too much from us as a people, your party had neglected us for so long. Just like your you agreed, some members of your party are suffering from serious indiscipline and lack of respect for party supremacy.

For the reason that we did not cheerled your party disproportionately for a decent performances, so we will not write you off permanently for your copious bad performance. You and your party members just have to take heart and understand that your failure at the #Nigeriadecides2015 may not be terminal. Nonetheless, it is the audacity of your members to continue with the party that counts; the courage to remain in the party without ‘national cake’, juicy appointment, salacious contracts, scandalous projects, or access to milk Nigerians’ fat cow and running a party on merger fund will count in your new role as the major opposition party. You party need some national leaders that can call your members to order, that will stop them from taking to twitter and dailies to express their grievances. Our advice to you and your party members is that you need to be political ‘born agains’, you may find it difficult to admit but your party need at least a ‘Jagaban’; the Master Strategist.

We look forward to seeing you again @ ‪#‎Nigeriadecides2019‬ but that is if you have the courage to turn this ongoing ‘unintelligent failures’ to constructive failures’ and ‘intelligent failures’. Please, ‪#‎pdpgetyourhouseinorder‬ and learn from ‪#‎APC‬. We are tired of reading about your ‘civil war’ in dailies…Wake up to the reality and give Nigerians a good opposition party or ‘commot for road’.