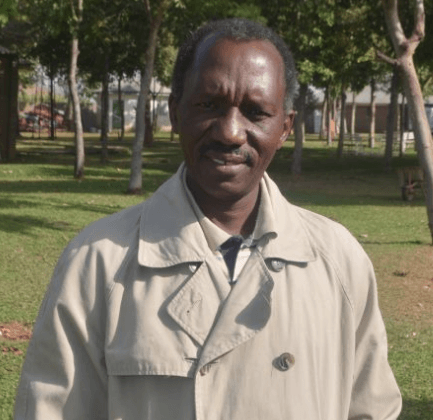 By Dr. Aliyu U. Tilde

Populist governments throughout history are the most intolerant, brutal and repressive. Remember the communist regimes before in Eastern Europe, Russia, China and even Venezuela today. They are constructed on a raison d’être of self a self-acclaimed virtue in defense of the masses. This false premise give them the feel of a divine mission which mandates them to crush any opposition. Speaking against them becomes taboo, and criticizing them an open invitation to unending reproach. Dictatorship sets in and deaths follow.

I’m beginning to see Obasanjo and Jonathan as very tolerant leaders who have allowed freedom of expression to blossom in this country. You can accuse them of discrimination but you cannot accuse them of repression. We wrote hundreds of newspaper articles against them or some policies of their governments but I, for one, was never harassed or arrested by any of their agent. However, when I wrote, Yuguda Revolution in 2007 in which I advised the newly elected governor against making some mistakes that would undermine his government, I was lucky to survive three assassination attempts. A northern tyrant has arrived!

We northerners should guard against repressive gene. Our leaders so far have a very bad outing with regards to freedom of expression and tolerance to opposition. Another example:

During the tenure of late President Yaradua, some Northerners had to go on exile. Examples are Nuhu Ribadu, Nasir El-Rufa’i and Ahmed Muazu for simply opposing his candidature initially. They believed he was not healthy enough to lead the country. One of them was reported to have privately said, za a bai wa gawa mulki, though he later denied it. It could be the normal back stabbing among northern politicians.

The case of Ribadu with the late Yar’adua needs special mention. Ribadu in particular survived an assassination attempt along Akwanga-Abuja road. God came to his aid on another occasion. Not happy with the failure of the previous attempt, another was planned but it failed right into the ears of his former employee, who leaked it to him immediately. Having realized that leak, the plan was abandoned. He left the country immediately.

Before then, the Yaradua administration condescended to the ebb of demoting and shamefully expelling him, along with his family members, out of the convocation hall at National Institute for Policy and Strategic Studies, Kuru, Jos in 2009.

Is it not shameful that Jonathan could guarantee their security and tolerate their criticisms of his administration when their Hausa-Fulani brother Yar’adua could not tolerate what was a hearsay from them?

Have Obasanjo and Jonathan done this to any Yoruba, Igbo or Hausa-Fulani opponent of theirs? The truth: If Jonathan were this repressive some northerners would have been taken to The Hague over fueling the 2011 election crisis.

Today, APC administrations and supporters of the President are setting a new record of intolerance. For example, I am writing this comment in response to a post on the 6 weeks incarceration of Ibrahim Bature on the pretext that he criticized Masari’s administration over a loan, though the chap had earlier pulled down the post and apologized. There have been a number of such arrests of recent in different states, most of them belonging to the ruling APC. During the last tenure, it was not a southerner that called the people who opposed him “cockroaches” and demanded that they be killed. It was Shema, a Northerner, again from Katsina.

What ingredient is there in our composition as Northerners that give many of us the penchant for repression and disrespect for fundamental human rights of our own people. I would understand an Obasanjo, Jonathan, Ihejerika or Minima killing hundreds of Shiites in Zaria and I would easily label them as Christian crusaders or southerners. But what can I describe the cold blooded massacre of Shiites executed with the approval or defense of a Buhari, Nasiru and Burutai? Do we have a self-annihilation gene in our DNA or perhaps it is a trait ingrained from our long history of slavery and feudal orientation?

It is not the leaders alone. Northern citizens are increasingly becoming hostile to opposing views from fellow northerners. Just yesterday on Facebook, I had to show a chap how wrong he was to attack “Mahmud Tukur” and “Junaidu Muhammad” for simply saying that the agricultural policy of this administration is not working. The chap did not even know their names well. First he confused Tukur with Junaid. Even when he later edited the post to read Junaid, he named him Mahmud Junaid. Why insult people when you cannot even have the discipline to know their correct names? He did not even have the courtesy of quoting what Junaid said. Criticizing this government he said is a red line that “they” will not tolerate who crosses it and they will resist it to the best of their ability: bakin rai bakin fama, he said. It is simply because he and his type feel that it is a divine duty to defend this administration, no matter its flaws.

And this culture of intolerance is not limited to politics; it is actively practiced in religion. Today, we have sects that have assigned themselves the duty of judging others with the simple yardstick of exclusion: if you don’t belong to us, you are a non-believer. Every slight difference in opinion is an avenue for condemning the other. Haba. Give us a break.

I think we will do Northern Nigeria a lot of good if we learn to tolerate different views in politics, religion and life generally. Let twenty northerners contest for the presidency in 2019, for example. Wallabies heaven will not fall. It is not anyone’s business to condemn them for choosing to exercise their fundamental right. Disagree with them by withholding your support, if you wish, but respect their right of choice. Campaign for your candidate and allow others to campaign for theirs. Hold any opinion in whatever it is – including religion – and allow others to hold theirs.

I call on people with such tyrannical minds to open their eyes and see that we are not yesterday’s primitive society of slaves and masters. We are in a modern, free world. We are not a kingdom where opposing the king is a crime but a democracy that assures every citizen the freedom of speech and other fundamental rights.

We the citizens must not be afraid to exercise these rights as we deem fit so long as we do not violate the rights of other citizens. Speak your mind within the purview of the law whenever you have the chance in a clear and civil language. Do not allow anybody to shut you up. That is the beauty of living in this age. Anybody that is not ready to respect our freedom has no place in our society today. He can best burry himself alive to live with our ancestors in the grave.

As for our leaders, they must understand that their present offices are temporary. They will soon vacate them for others to occupy. After the expiration of their tenures, they will be ashamed to realize that they are not the demigods that they wanted their citizens to worship. The acts of repression they commit today will be narrated tomorrow when they are long gone. I advise Masari to release Bature immediately.

Tomorrow, we will all end up in a level place where only a blanket rule applies and the choice is ours now:

“whoever does good, it is up to him; and who does wrong is up him. Your Lord does not cheat his servants”: