President Goodluck Jonathan has said that given the treasonable utterances of some politicians who are protected by constitutional immunity, they have proven that they are not deserving of such immunity.

He spoke Thursday when the Bayelsa State governor, Seriake Dickson led traditional rulers fro the state to pay homage to the president on his birthday.

According to President Jonathan, the clamour by some Nigerians for the removal of the immunity clause may have been informed by the abuse of such protection by some politicians.

“If there are people making statements, threatening the survival of this country, especially some people who probably have constitutional immunity and are abusing that  privilege, that is why some  Nigerians are saying that immunity clause be removed because some people don’t merit it, since they abuse it. Some people are making remarks that are more or less treasonable, don’t be worried, nobody can upturn this country” he said.The president said: “This country must continue and we will not give up to blackmail by anybody.  we will do our best and Nigeria must survive these temporary setbacks like Boko Haram and other security challenges.

The president said though there are challenges in the country, it is a normal process in the development of a nation and Nigeria will overcome.

“As a nation we have our challenges.  yes, it is rough.  other nations have passed through such rough roads too.  I always said that I don’t know whether the State of Isreal has  ever known peace for one day, but they are moving, they are developing. go to America today, most of the millionaires are Jews, but they are always fighting to survive.
“that we have challenges should not be misconstrued that the country will come to an end. We will surely overcome those challenges and  this country must move, this country must unite” he said 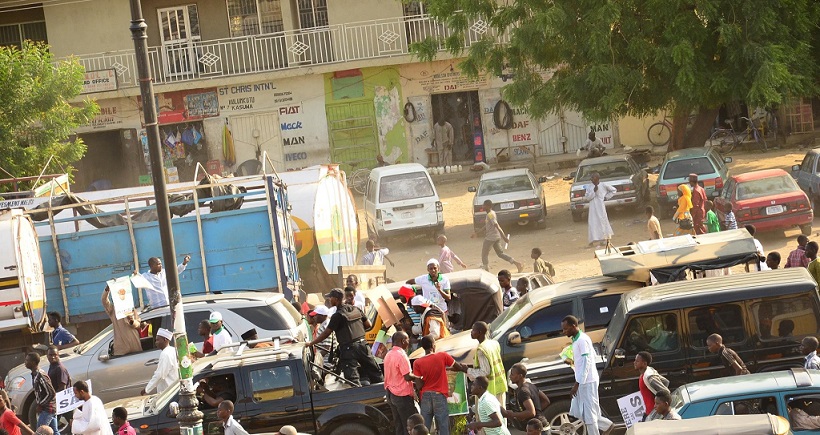