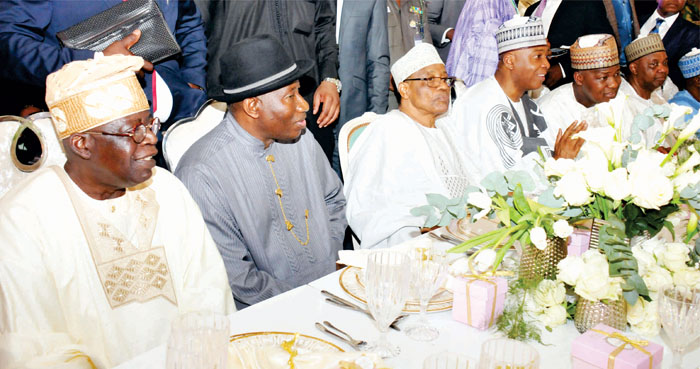 Do you recall when desperate youths thought of land flowing with milk and honey or dear life? Kill youths dignity and self-esteem, salvation are left to miraculous pastors, imams and juju. The desperate acts: sudden rise of youth suicides, selling body parts, seeking easy way out by act of God alone; emulate mismanagement, looting and waste of our resources by politicians. When Africans could not wait to get back home after studies abroad, has now become ancient history.

Instead of politicians creating jobs or enabling businesses, they make our youths vulnerable to unsavory endeavors. Those Asians that were starving and forced one child one family on their people used to come to Africa to work so that they could send money to their families. It has reverted, African youths are desperate to get out in order to survive outside their countries by any means. Death penalties, use of body parts or slavery no longer daunt breaking foreign laws.

Whoever you are, foreigners look at you in disgust. No matter how big your jets, houses and how many cars you drive, you cannot escape the plight of your people on television. Yet, there are Africans on spending spree in Dubai, Europe or America thinking they are better than their brothers and sisters literally trying to float above the water, waiting for gods to save them. We all carry the shame of how we treat one another regardless of our status or station, anywhere.

The lives of Africans have been so devalued, they are lucky if they survive in rubber boats or rescued by emergency ships patrol. They pull out as much babies and women they can rescue and leave the rest to perish after effort to save them fail or not timely. By the time they get to slave post to be sold like cattle or shores of Europe to be kept in refugee shelters, they become cheap commodity treated as less than humans. Who would respect any African or back man?

In order to escape the stereotype of begging or starving Africans, some people claim there are poor people everywhere and African are not the only people dirt poor. Some of us fear we are next. Recently Africa took the first place in world poverty, as usual. Even China and India with their explosive population manage and took care of their poor better that arrogant Africans.

Africans youths prefer to risk their lives than stay on their land. These are children of the same Africans that did not lay down and played dead to the whims and caprices of their tormentors. Youths have never been this hungry nor were they known as cowards. These were the children that were only willing to die when their dignity is reduced to shambles. Since they are unable to materialize successful lives or careers at home, are subjugated and turned into slaves outside.

Some Africans have been domesticated like animals fleeing their oppressors and driven into the hands of Africans that sell them as prostitutes and for body parts in North Africa in collusion with Arabs. African children would rather remain in subhuman refugee camps, prisoners and slaves in foreign lands than as free men in their own countries fighting for power. Africans have been so stripped and dehumanized, they sell themselves as cheap commodities. What a life!

While it is comforting to say not all Africans are guilty, only a few; the blemish is on all Africans. Indeed, it goes beyond the Continent, Diaspora Africans are ashamed of brothers and sisters in African countries as a few display blood money they made from selling their own; looking for more abettors in foreign countries. Not only do politicians sell us cheap, pastors or imams from whom we seek salvation forsake their mission of saving souls to open business centers (church).

The sudden spate of suicides especially among African youths is unprecedented in our history. We are not talking about only those offering themselves to the sea and desert but youths that feel unfulfilled in lives because of the myriad of resources wasted or negotiated away for personal gains by the politicians. Selling national companies and parastatal to one another.

Nevertheless, times has changed. The Africans that showed their kings calabash when they failed, fought against slavery on land and revolt in the high seas have been reduced to shadows of their bravery. Instead of fighting their oppressors, when backed to the wall, they melt into the walls of politicians and seek refuge in the hands of pastors and imams only to be raped and exploited by those that gain followers by predicting calamities and raising the “dead”.

Suicide used to be forced on kings that have failed in war and whose people had lost confidence in them. Shaka Zulu, in spite of his success in the war against the British had to commit suicide. Just as British Churchill Party was voted out after the war. In the Yoruba tradition also, if a king failed his people, he is shown the Calabash. So it is our leaders that have failed African youths that should be committing suicide not our precious adolescences, the future of Africa.

When we heard that Umar Farouk Abdulmutallab, the underwear bomber nearly brought down a plane, many of us denied that he could be an African. Not only is he an African, but a Nigerian from a wealthy home. Why he would take up the cause of Arabs in America while there are so many causes of talikawa he could have taken up at home was beyond us. Families of politicians and billionaires, he could have activated a suicide bomb in one of their extravagant ceremonies.

If he was so disturbed by causes perpetrated by his family and their cohorts in politics, he could have helped us to get rid of some looters; most of whom are invited to ceremonies regardless of their party or ethnic group. Conspicuous display of stolen loot, diverted from infrastructures and the treasury could have justified his irrational behavior at home not in a foreign country. His martyrdom could have been celebrated if it could have reduced youth suicide rate at home.

Always remember the smart clown someone paid in Abuja to blow up the House by driving into it with a truck loaded with bombs. You could trust a Nigerian then that no one would die for big money he could not enjoy! He put a stone on the accelerator and left the truck to move on without him. Fortunately, the truck stalled and did not blow up. This was the African we knew, this sudden increase in the number of youths committing suicide is disturbing.

What is surprising is the inability to fight back and take control from those that rule African countries without any guilt or remorse for intentional indifference to the plight of their folks.