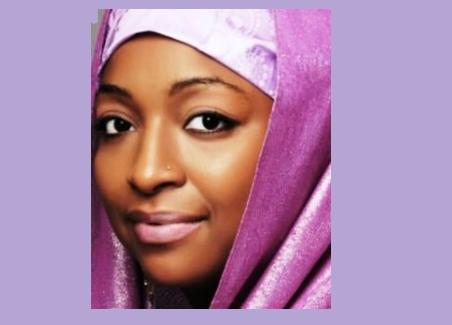 Well known writer and government critic remembered for slamming Kaduna state governor Nasir el-Rufai over his demolitions and criticsm of Goodluck Jonathan is among 208 new board members appointed by president Muhammadu Buhari.

She appears on the list board chairman of National Ear Care Centre, Kaduna.

Many members on the list who occupy important positions are known and recycled political loyalists, jingoists and party criss-crossers like Femi Pedro, a Tinubu appointee who crisscrossed to his Labour party and then PDP and so on.

Many pastors and Imams also made the interesting list. The highly vocal Jonathan critic, Hajia Aishat Alubankudi was also selected among many others.

The President and Commander in Chief of the Armed Forces of the Federal Republic of Nigeria, His Excellency, Muhammadu Buhari, GCFR, has approved the constitution of the Governing Boards of Agencies and Parastatals, under some Ministries, as well as the appointment of eminently qualified Nigerians to fill the Board positions, numbering 209 Chairmen and 1258 members.

2. Mr. President considered the approval for the constitution of the Boards as well as the appointments, very necessary, so as to provide a proper Governance and oversight structure for Government Agencies and Parastatals. The constitution of the boards with the appointments, is a demonstration of this Government’s efforts aimed at building strong institutions of Governance, and by extension, improving the quality of Policy formulation and supervision.

3. While these appointments represent a substantial number of hitherto pending board appointments, some more appointments are still being processed and will be released in due course.

4. The appointments take immediate effect and Honourable Ministers are advised to inaugurate the boards after letters of appointment have been issued.