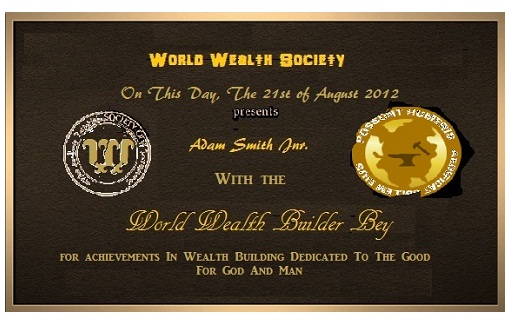 It was the beginning of a new session. The young boy put on his
uniform and was set for school. At the end of the term, the boy was
sent home with a note from his teacher thus: ‘This boy should not
report to school henceforth. He’s too dull for knowledge and performed
woefully in arithmetic. He may never amount to anything in life.’ That
young boy however grew to have the most intriguing mind of all time.
His brain became the focus of research into human intelligence and
abstract thinking

That young boy was Albert of the Einsteins.

Centuries ago, a young boy was employed at the Royal Institute,
London, as a laboratory assistant under Sir Humphrey Davy. His major
work was to wash the apparatus, make them available for use, and pack
them back for storage. The young attendant was however curious to know
more. Not only would he do his job, he would also collect the notes
and read them on his own, yet he was not a student – nor did he go to
school. (While he was an apprentice with a book binder, he would wait
behind after work hours and read each book bound!) After fifteen years
of self-education, he had garnered so much knowledge that he succeeded
Davy. Then he got a patent for his first invention, the dynamo.

He was the Faradays’ Michael – yes, that unit of electricity was named for him.

A young man was working at a local factory as a paper paster on wine
bottles, but had a passion to write. He wrote a book and submitted it
at a local publishing house. The publisher sent him a note that the
book was a mere collection of trash, and advised him to face his work
at the industry as he may never become a writer. But the man was
undeterred with the comment. He merely published with another
publishing house. Yes, it was the best of times. And the worst of
times.

That young man was Charles, a Dickens.

All those people had potential – a passion that needed to be tapped.
Inherent in each was virgin energy trapped within, held back by
tradition, society; held down by what Isaac of the Newtons chose to
call inertia. They didn’t start out so well, but they ended very well-
and like every well, the beginning was a level ground; the middle, a
shallow depression; and the end, a great depth.

Potential is indeed a form of energy, as we learn in Science; it is
that energy that is yet to be. Chemical or gravitational, it is that
energy contained in a body by virtue of its
position (location, orientation; gravitational), or
composition (chemical).

And while your potential is invariably not the same as mine, no man is
born empty: each comes with life!

Potential is a measure of what can be done as against what is being
done: Those three people in spite of what was thought about them had
things to be done- and did them. They started small. Not interested in
being forests, they focussed on being trees; and they buckled their
belts so they may not themselves buckle- or be buckled. For potential
makes and breaks, heals and kills, lifts and plunges- as will be
discussed in the sequel, The POTENTIAL: Realising Limits.

Potential energy is one that intrigues me, because energy at rest must
never be underestimated: the atomic bomb is not as big as a runaway
train, but is far more powerful; fìrìgbọ̀n ò ṣ’ílẹ̀kùn.

And because everyone has potential; one only needs develop it- for the
betterment of himself and the society.

Ironically, the society will that one starts huge, forgetting that
even Rome in all her majesty was not built in a day, and that they are
the little drops of water that make a mighty ocean.

So that humble sole proprietorship is looked down upon, and the
business tycoon is worshipped. So that one catches the itch to reach
for the cash and to be a forest.

Very often I (was and) am told that I cannot survive alone, that I
cannot weather the storm or stand the weather. I am told that a tree
cannot make a forest.

Yet, I never set out to be a forest, I am content with being a tree
bearing fruit till I am no more, and useful even in my demise; for my
Lord is the Vine, and I a mere branch.

Very often I (was and) am told that a solitary tree would easily be
lumbered, but in this age of technology which forest wouldn’t? which
forest can resist the hack of the revolving saw?

Success lies in one’s palms. One therefore only needs be himself, be
true to himself, and not be afraid.

AND I strongly feel that the way forward for Nigeria at the moment is
sole proprietorship (for the first few years). There are only so many
(reasonable: factual and sustainable) jobs ANY government can create…

Lest we again throng ourselves to death, start your business NOW.