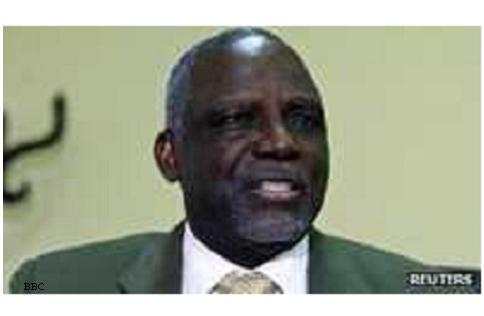 Contrary to the impression created by the presidency that the Minister of Power, Barth Nnaji, resigned from office on his own volition, highly placed sources familiar with the matter have told PREMIUM TIMES that Mr. Nnaji was actually  forced to resign Tuesday following a gale of allegations linking him with attempts to subvert the bidding process for the sale of Afam Power plant.

Aso Rock spokesperson, Reuben Abati, had released a statement this evening saying President Goodluck Jonathan had accepted the power minister’s resignation and wished him well in his future endeavours.

But presidency sources have told us the minister was compelled by Mr. Jonathan to resign after allegations of conflict of interest in the privatisation of the power plant was confirmed .

Reports earlier this week had linked Mr. Nnaji with direct interests in one of the firms shortlisted to bid for the 776 megawatts (MW) capacity Afam power plant, already slated for privatisation by the Federal Government.

The plant, consisting about 18 gas turbines, is considered the most  viable of the power plants slated for privatization by the Federal government, particularly with the recent approval of about N500 million for its rehabilitation.

Apart from his interest in acquiring the plant, Mr Nnaji reportedly used his privileged position to influence the emergence of one of the firms in pole position to be selected  winner, an effort traducers claimed reportedly earned him a gratification of a brand new Prado jeep and cash reward in excess of N89million.

Mr. Nnaji could not be reached Tuesday night to respond to these allegations but a source close to him, who asked not to be named, said “the allegations  are untrue and were merely manufactured to tarnish the hard-earned reputation of the minister”.

The National Union of Electricity Employees (NUEE) has, since the commencement of the process of privatising the Power Holding Company of Nigeria (PHCN) subsidiary firms, engaged the minister in a running battle, accusing him of pursuing a hidden selfish agenda.

NUEE General Secretary, Joe Ajaero, had, on behalf of the PHCN workers that have already been served sack letters, queried the decision to give them only 25 per cent of their entitlement for Pension and Gratuity, pointing out that the arrangement confirmed their fears that Mr. Nnaji’s reform was aimed at strangulating workers.

Prior to his appointment, Mr Nnaji was the chairman, Geometrics Power, one of the 18 private companies that were granted operational licenses by the Federal Government to undertake the generation of electricity to compliment the effort to boost the country’s available supply capacity.

It was gathered that the decision to ask Mr. Nnaji to turn in his resignation letter may have followed the confirmation by the Presidency of some of the allegations levelled against him.

President Goodluck Jonathan was said to have asked the minister to resign rather than sack him, to save his administration the monumental embarrassment such an action could generate.

Presidential spokesperson, Reuben Abati, could not be reached for comments as he did not answer calls to his mobile telephones.