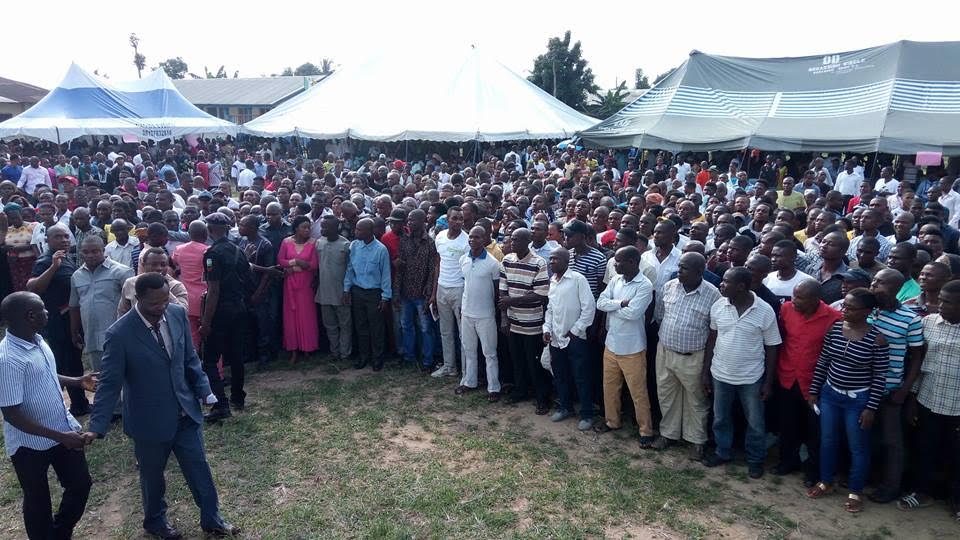 The Rivers State Chapter of the All Progressives Congress (APC) has told the people of the State to get ready for positive change during the 2019 general elections. The party made the call in a statement issued on Monday in Port Harcourt, in which it eulogised the Party Leader in the State, Rt. Hon. Chibuike Rotimi Amaechi, as a man ahead of his time and passed a vote of confidence on him. It congratulated Amaechi, the immediate past Rivers Governor and incumbent Federal Minister of Transportation, on Saturday’s formal introduction of his political caucus, the Conscious Reformers Assembly (CRA), on the occasion of his 52nd Birthday Symposium in Port Harcourt.

Rivers APC said in the statement signed by the State Chairman, Chief (Dr.) Davies Ibiamu Ikanya: “The party congratulates the Board and leadership of this new political platform aimed at reviving and raising the consciousness of Nigerians as to what Rt. Hon. Amaechi stands for, his patriotic zeal and willingness to sacrifice his blood for a better and greater Nigeria.

“The birth of CRA is yet another proof that the future of our dear State and Country is well assured, with great leaders like Amaechi, a man who played a pivotal role in bringing about the current political dispensation in the country. We hereby pass a vote of confidence on the ability of Amaechi to lead Rivers APC to victory in the 2019 elections and wish to urge the good people of the State to prepare for positive change which will wipe away the tears which the PDP government under the watch of Governor Nyesom Wike has needlessly inflicted on them.”

Rivers APC welcomed Wike’s speech in a documentary screened during the Amaechi birthday symposium, in which he said unequivocally that the feats recorded during Amaechi’s eight-year tenure as Rivers State Governor are unprecedented in the annals of governance in Nigeria. “Wike’s testimony in the documentary placed side-by-side his present anti-Amaechi stance presents Wike as an ingrate who cannot in any way justify his present obsession to pull down the man who made him politically,” the party said.

It commended Amaechi for his sagacity and the risks he took to cause an opposition political party to unseat the Peoples Democratic Party (PDP) that was ready to do anything possible to retain power. “Nigerians owe this man a lot and we believe that one day we shall gather to honour Amaechi for seeing ahead and taking the necessary steps to rescue Nigeria from imminent collapse in the hands of PDP.

The party regrets the posturing by some APC Leaders who have decided to castigate Amaechi for his positive and strategic steps to reposition the party to be able to sack the blood thirsty administration in the State come 2019. It is sad that some of these people forgot so soon that if not for Amaechi; they would not have achieved their current ranking politically in the State. We pray and hope that such characters will retrace their steps and allow peace to prevail in the party.

“Apart from the above, the party also recognises the plots by both external and internal forces to destabilise Rivers APC ahead of the 2019 general elections but we wish to assure party loyalists and the good people of Rivers State that these plots will amount to nothing and the party, under Amaechi’s dynamic leadership, will surely bounce back to salvage Rivers State from the hands of the bloodthirsty administration currently ravaging our dear State,” Rivers APC said.

The party welcomes and congratulates thousands of PDP faithful that decamped to APC at Gokana and pleads with those watching from the sideline to wake up and join the salvation train and salvage our dear State come 2019 from the hands of confused and misguided elements that was never ready for governance currently misgoverning the State.