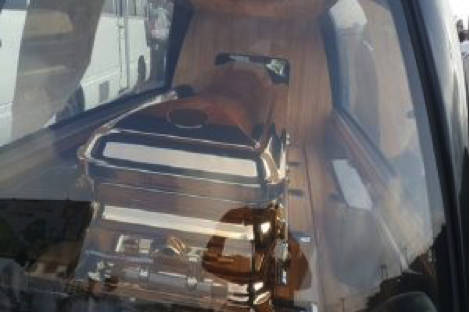 The speculation making rounds that the President of Nigeria, Muhammadu Buhari who was claimed to be on vacation in the United Kingdom is dead has proceeded in spite of a few communiqués by the Presidency to debunk it.

“As for those who carry evil rumours, may they receive grace to repent.’’

Mr. Shehu also dismissed the rumour that President Buhari was dead as being speculated by mischief makers.

He also described as false and untrue the report that the president was flown to Germany.

Mr. Shehu said: “He is alive and well! President Buhari is not magical. He cannot be holidaying in the UK and be in Germany, dead or alive at the same time.

“He is unlike a past President who was at Ota, with Chief Obasanjo and attending the Trump inauguration in D.C, being in two places at the same time!’’

Numerous Nigerians who have heard of the rumour feel disillusioned subsequent to hearing the opposite side of the Presidency. From all indications, it appears Nigerians truly need their President dead by all necessary means.

Before 2015 election and couple of months after the general race between President Buhari and the previous President, Goodluck Ebele Jonathan, the name Buhari was the law, whoever said his name in discourteousness would be dealt with by his supporters who were  almost 70% (perhaps) of the population.

He was the mouth piece, the rescuer, and the saviour. A few Nigerians trekked from Abuja to Lagos out of appreciation for the self-insinuated saviour. How has the mighty fallen? What has changed after two years of his Presidency?

Nigerians on a progressive procedure, hauled out in the President’s defence, deserting the official puppies, the State Security Service, SSS, the Police and his paid wrestlers called aides.

The issues amongst Nigerians and their President is lack of communication, dissatisfaction conceived out of disillusionment and continuous excuses and habitual pettiness by Buhari’s administration, plus the fact that, the Presidency has declined to concede that it doesn’t comprehend what the nation need to resuscitate it. In addition, the economy tumbled to its present states in the hands of Buhari and his team.

On this note did the General Secretary of the Nigeria Labour Congress, Dr. Peter Ozo-Eson urged Buhari to speak to Nigerians since they were worried about his health.

Ozo-Eson said, “In the social media, stories circulate without confirmation; I think that the easiest way is to talk publicly to the nation because the citizens are concerned about their leaders’ whereabouts.

‘If there are those who orchestrated rumours and they are not true, the easiest way is for him to reach out to Nigerians through a public appearance and a statement.

“Nigerians have a right to be certain about the health situation of their President and the people who orchestrate rumours and unsubstantiated reports, one would wish for him to call their bluff by publicly addressing the citizens.”

In the event that it has gotten to the point where Nigerians need him gone, in any condition, it implies his prevalence has achieved a final turning point and, shockingly, the President is as yet going for 2019 second term.

President Buhari is in solitude and for the few as yet supporting him are the individuals who need to show they are passionate supporter and few other people who fear being arraigned or explored by the Economic and Financial Crimes commission that has presently gone up against any pundit of the Presidency.

Nigerians consider Buhari a scammer because of his nonstop hypocrisy. Months back, the President propelled “change starts with me” which implies we are our own particular change. He likewise upheld for the purchase of Nigerians goods and services, yet he flies off to the United Kingdom for each medical check-up.

Things haven’t changed since his assumption of office and Nigerians can no longer grin in agony, trusting it would be better tomorrow as clearly, Buhari appear to be unmindful of the abilities of his Ministers and himself.

Would Nigerians cry or sob if Buhari passes on today? What difference does it make? It will be a major alleviation for some Nigerians especially those in the South who from the earliest starting point had been crying of Buhari’s non-verbal communication against them.

A large number of his northern elders may simply be happy for the news of his passing, as many believe they can carry out the job better than him. To support this point, the Peoples Democratic Party on Wednesday released an announcement blaming the members of the All Progressives Congress as those in charge of the death rumour of the President.

The PDP in a commuique via the caretaker committee chairman, Ahmed Makarfi said: “The All Progressive Congress (APC) should point its search light inward and investigate itself as to the source of the rumour. PDP, I said have nothing to gain from anything. “Those who are peddling the rumour know themselves and they are in APC. Some of them are already positioning themselves for power in 2019. APC should investigate itself.”

The above position means that numerous individuals from the President political party may really wish him gone has his residency has not in any case helped anybody or developed the economy. Some northern youths are currently lamenting for hurrying to vote out the previous President who they believed was the reason for their problems.

Once more, with all that is going on in Nigeria presently, the incessant killings by Fulani Herdsmen, the nonstop harassment and arrests of journalists, the hyper inflation in the country, disproportionate war against corruption, persecution and terrorizing of anybody against the President, degrading of naira from $1 – N199 to $1-495 as at today in parallel market or more all, the non-verbal communication that talks volume that the President is totally confounded on how these various issues can be solved.

In reality, is the President dead? The answer is no, but he sure isn’t too healthy as a section of the media reported that some governors had planned a visit to Buhari. On the other hand, Buhari is probably dying in the hearts of Nigerians who had once taught he was the solution to their problems.

The President won’t be missed if he kicked the bucket today as there are many of his supposed friends who would gradually and happily speak ill of him, besides who em ep so far? and it won’t be surprising how Nigerians would rejoice through their usual drinking of liquor to express their positions.

You can also read: Who killed President Buhari?