The Presidency has taken a drastic action to check the overwhelming influence in Aso Rock, the seat of power, of Alhaji Mamman Daura, a nephew of President Muham­madu Buhari.

Mamman Daura is reputed to be the main “power behind the throne” in the Presidency.

Without any publicly announced portfolio or appointment, Daura’s only qualification for the power and influence he wields in the government is that he is the President’s nephew.

Among the steps taken by the Presidential Villa to cut Daura to size was the immediate withdraw­al of all his official vehicles and the stoppage of the supply of refresh­ments to his office.

Our source learnt that the Presidency’s action was prompt­ed by the increasing outcry against what an insider described as the “overarching powers and influence” of Mamman Daura in the affairs of the Aso Villa.

Daura is reportedly older than Buhari by four years and is alleged to have influenced most of the appointments made so far by the President.

The President’s nephew, who is different from the Director-Gener­al of the Department of State Se­curity (DSS), sources said, moved his office to one of the guest hous­es in the Villa, popularly referred to as the Glass House, and parades a large retinue of staff on the pay­roll of the Presidency.

Recently, he was said to have commandeered a fleet of official vehicles from Aso Rock for his per­sonal use while also ordering that breakfast and lunch be provided daily for him and his clan of hang­ers-on from the Aso Villa kitchen.

However, in what sources de­scribed as “a decisive move by the First Family to properly define eve­ryone’s roles in the Presidency,” our source gathered that both the official vehicles and the supply of refreshments to his supposed of­fice were withdrawn last week.

The move, it was gathered, has the tacit support of members of the President’s immediate family, who consider as embarrassing some of the actions attributed to the Pres­ident but which, in reality, were masterminded by Daura.

Indeed, in a widely circulated interview he granted two national newspapers recently, radical Kano politician, Dr. Junaid Mohammed, who accused Buhari’s government of nepotism, going by the way and manner in which the administra­tion has made appointments, con­firmed the fears already expressed in some quarters about the “inces­tuous” powers of the President’s nephew.

Mohammed had described Daura as the most influential per­son in the Presidency.

He said: “First, the most in­fluential person in the Presiden­cy today is one Mamman Daura whom as you know, is a nephew of the President. His father was Bu­hari’s elder brother. In addition, Mamman Daura was the one who singlehandedly brought up Abba Kyari, the current Chief of Staff to the President.”

Mohammed, a Second Repub­lic member of the House of Repre­sentatives, added: “Next, the Per­sonal Assistant to Buhari himself is the son of Mamman Daura; next is what they call SCOP, the State Chief of Protocol, and he is also a son-in-law to Mamman Daura be­cause he is married to Mamman Daura’s daughter.

“Next, the minister they uni­laterally chose against the interests of the party and against the wish­es of the Sokoto people, happens to be the daughter of the young­er sister of Mamman Daura’s wife. Both of them are daughters of Sul­tan Dasuki, who was sacked by the late head of state, Gen. Sani Aba­cha. We have the Aide De Camp to Buhari himself, Colonel Abubakar. He is married to the granddaugh­ter of one of Buhari’s elder sisters. Next, we have the woman who represents Kaduna in the Federal Executive Council (FEC), she is a cousin to Kaduna State Governor, Nasir el-Rufai. 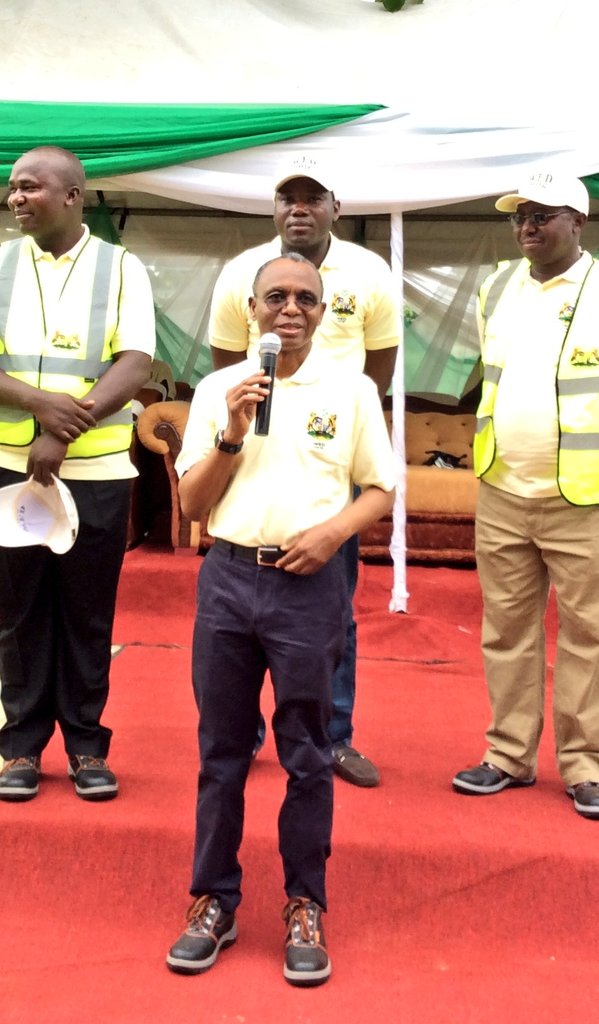 “It is well known that el-Ru­fai is one of the closest governors to Muhammadu Buhari. Next, we have the Minister of the Feder­al Capital Territory. The Minister of the FCT is the man called Musa Bello, who used to be the Manag­ing Director of the Northern Ni­geria Development Corporation, which used to be the biggest hold­ing company that belonged to all the northern states. His only qual­ification to be FCT Minister is the fact that his father has been Buha­ri’s friend over the years. Now, there is a young man called Sabiu Yusuf, nicknamed Tunde – probably be­cause of the late General Tunde Id­iagbon. He is another PA to Presi­dent Buhari. He is also a grandson of another sister of Buhari.”

While the Presidency has pooh-poohed Junaid Mohammed’s revelations as “sour grapes”, sources close to the First Family said they are actually worried about the bad image “some of Daura’s rather untidy activities have created for the President and may have decided to put an end to it.”

To that end, sources equally disclosed, “the aspect of his influencing future appointments in this regime can no longer stand if the current development is anything to go by.”