A Human Rights Watch documentary has revealed that in November of 2014, Boko Haram committed a larger atrocity on the people of Damask, Borno than was doe to Chibok in March that year with the abduction of 234 girls.

Mass, shallow graves of over 400 killed in the first attack on market day, were found as NewsRescue reported then. But additionally, the terrorists abducted as many as 500 people with about 300 children among the numbers. 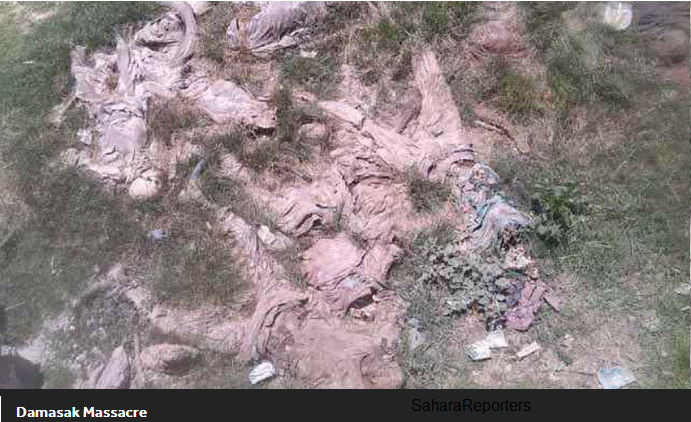