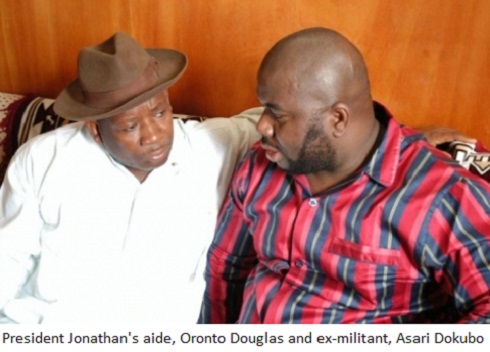 America’s Wall Street Journal today revealed the mind-boggling million dollar sums that the Nigerian government has been paying Niger Delta warlords to keep them off the oil pipelines in the past 12 months.

Mr. Dokubo Asari, the former warlord that first shot to national limelight collects $9million every year to keep his estimated 4000 soldiers at bay. ‘General’ Ateke Toms and ‘General‘ Ebikabowei Boyloaf Victor Ben collect $3.5million apiece while General Government Tompolo Ekpumopolo is the most priced of all: he gets $22.5 million yearly.

The newspaper said the figures were gotten from senior officials of the Nigeria National Petroleum Corporation, which makes the payment direct to these warlords.

While Dokubo shrugged off the huge payment he receives, about N1.44 billion, as nothing unusual, there is the belief that the selective payments have bred some jealousy among other militants, not so rewarded, who in reaction continue to pillage Nigeria’s crude oil pipelines. Nigeria loses no less than 10 per cent of its crude production to oil thieves on prowl in the Niger Delta, despite the programme of pacification called the Amnesty Programme.

By Shell’s account, no less than 150,000 barrels of Nigeria’s production are stolen daily, a very low estimate in the eyes of many Niger Delta watchers.

The Wall Street Journal said in its report that government plans to spend $450 million on the amnesty programme this year alone, despite the increasing theft of crude in the region.

Said the respected journal: The gilded pacification campaign is offered up by the government as a success story. But others say the program, including a 2009 amnesty, has sent young men in Nigeria’s turbulent delta a different message: that militancy promises more rewards than risks.

For more please go to :