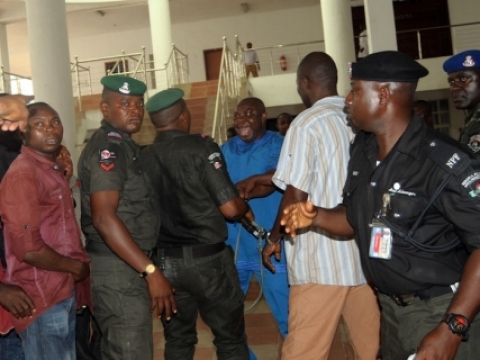 Some of the of the photos show an enraged Bipi going for the AK 47 automatic gun of one of the policemen at the house of assembly.

On July 9th, Bipi  led thugs to take over the house, upon entering the assembly chambers he beat up some principal officers  of the house and pronounced himself the speaker before Governor Amaechi  personally intervened to thwart his efforts.

A pro-Amaechi lawmaker, Chidi Lloyd embarked on a counter-attack caught on tape, in the counter action he smashed a wooden mace on the head of another lawmaker who has remained hospitalized.