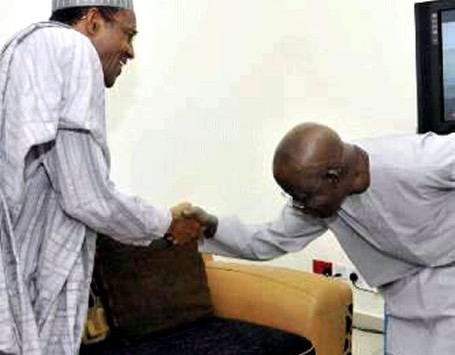 A chieftain of the Peoples Democratic Party, Bode George, has called for the investigation of the immediate past governor of Lagos State, Babatunde Fashola, as well as his predecessor, Bola Tinubu.

In a statement issued in Lagos, Wednesday, Mr. George said Mr. Tinubu is also complicit in the recent allegations of funds misappropriation by Mr. Fashola during his administration.

“In the end, there is no way to di‎vorce Fashola from Bola Tinubu. They are both lined in unutterable complicity,” said Mr. George.

“If Fashola now rots in the mud, we must look through the depths to understand the instigating and factor. Whenever Fashola is cooling his feet at the interrogation centre, Tinubu should not be far behind.”

Lately, Mr. Fashola has come under ‎public criticism over the contracts he awarded during his administration, including a N78 million spent for the upgrade of his personal website.

Mr. Fashola had denied the allegations.

Governor Akinwunmi Ambode said the deal was “detrimental” to the state.

“Fashola shows no remorse, no semblance of regret, no guilty nudging of conscience. Instead he still attempts to ride a high horse, puffing and stomping in feigned seraphic innocence. We are not fooled. We knew all along that the emperor had no clothes.

“Using N78m of taxpayers’ money to build a website is reckless misappropriation.”

Mr. George described the N29 billion the former governor spent on the one kilometre Lekki-Ikoyi link bridge as well as the N1.5 billion on pedestrian bridges as “outrageous venality” and “another con game.”

“And there are so many of these screaming illegalities observable in the record of our poster boy of yesterday,” Mr. George continued.

“In a more just society, Mr. Fashola should be facing a comprehensive investigation rather than being considered for any appointment at all.

“President Buhari should use the Fashola case as an acid test of sparing no one with any intimation of public malfeasance. Rather than engaging in a smug chest beating of innocence, Mr. Fashola should first remove himself from any consideration of public appointment and openly call for a judicial probe of his eight years in office.”