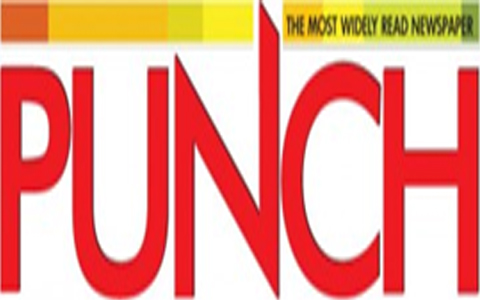 “We are not called to worry about PUNCH’s internal processes, but after series of representations to authorities at PUNCH about these ethical failures in the past, it will be simply generous to suggest this has not become a systemic and institutional culture.”

On Thursday, PREMIUM TIMES published a report indicating that some Nigerian newspapers failed in professional ethical test by deliberately refusing to acknowledge the source of their information for the stories they published regarding the now famous letter written by former president, Olusegun Obasanjo, to incumbent President Goodluck Jonathan.

One of the papers mentioned, PUNCH, in a rebuttal written by its editor, Martin Ayankola, claimed it had an original source to its reports, therefore had no reason to attribute it.

The paper then sought to trawl in available bedfellows in ethical infraction, suggesting that PREMIUM TIMES failed to contact it before levying charges of presumed ethical failure.

PUNCH typically does good journalism but it appears the editorial managers think that is a sufficient shield against ethical failure which even the best media institutions, in all humility, have had to contend with, because, if nothing, that is sufficient to compromise the mission of the media to serve the public and democracy faithfully and effectively.

PUNCH’s first cut on the story entitled: “Jonathan towing the path of Abacha – Obasanjo” indicated that it was written by Segun Adeoye with Agency Report. Its subsequent edition, “Obasanjo Bombs Jonathan” totally dispensed with the alleged “agency” input to the story. The simple question is what “agency” was PUNCH alluding to? We claim strongly and authoritatively that there is no agency that PUNCH is, as indeed, can refer to but we wait to be educated on this.

Certainly PUNCH has no need to brace its position on source accountability by seeking the cover of a godhead like Financial Times to justify plagiarism, or when to dispense with source attribution.

We are not called to worry about PUNCH’s internal processes, but after series of representations to authorities at PUNCH about these ethical failures in the past, it will be simply generous to suggest this has not become a systemic and institutional culture.

PUNCH quite correctly privileges intellectual property rights of content creators. This is evident through its strong copyright policy. What it ought to do now is ensure this goes beyond belief to acquire the status of practical action.

Sadly, on the same day that the editor of the PUNCH was worrying about our complaints of plagiarism, one of his reporters was busy lifting another story from our site, and we just must hope that he has other people’s intellectual property right in mind when he is protecting his own.

We urge him to carefully review the two postings below:

The sourcing for this story was entirely ours, and we are the only media outlet that had this exclusive interview with the Rivers Commissioner for Information. This is not hard to prove.

This past November, the paper ran a story written from an interview published on our site without acknowledging us as source. It rather attributed the interview to “an online publication.” Find the interview here.
Here is PUNCH’s unattributed version.

We welcome PUNCH in the challenge to build an ethical platform for our media, we even insist that it must play a leadership role in this effort. This is a paper that has justly earned a plumed place in the history of our media. We always wish it luck and progress.