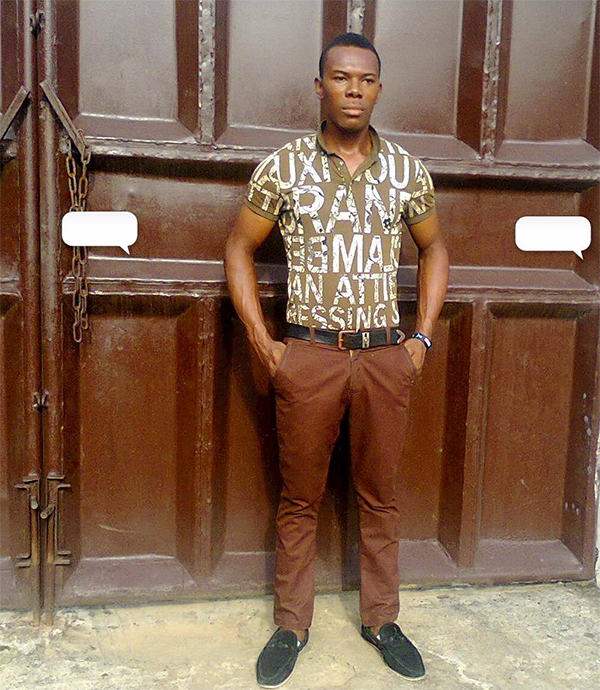 A Radio Biafra fanatic has promised to kill any random Hausa/Fulani near him for the group leader Nwannekaenyi Kenny Okwu-Kanu, aka “Nnamdi Kanu,” who was detained by Nigeria’s security department last week.

Davison Amicable as his name appears on facebook made the promise in a comment on Vanguard. He said, “The war begins…….. Am gonna slaughter any hausa/fulani around my area…shappen ur ears for the nwes.”

According to his facebook page, Davison Amicable lives in Lagos, went to All Saints Secondary School Umunze Aguata and hails from Owerri, Imo state.

The type of reaction, “to kill random northerners” has been repeatedly promoted by the arrested Radio Biafra “director” on his shows as can be heard below:

Another Radio Biafran said something similar as being the teaching of Radio Biafra “director” Kenny Okwa-Kanu:

It may be difficult to follow up on these threats, but Nigeria’s security agencies are advised to seek out the potential terrorist and to properly address the menace that Nwannekaenyi Kenny Okwu-Kanu continues to present.

Northerners are advised to keep calm and security conscious and never to take the law into their own hands in so-called retaliation as this would amount to murder of innocent people and an additional crime while the actual perpetrators and promoters of violence will be far away from their sinful and illegal “retaliation.”