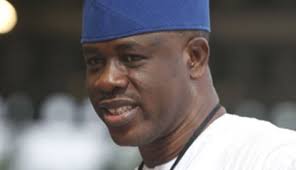 When I read the article in the Guardian Newspaper of Tuesday 21st, Ocotber 2014, with the above caption, my reaction was more of being amused than being amazed considering the fact that I view the original intention of the news as that of a sponsored analysis disguised as a reflection of what might be the likely outcome of the yet to be conducted Governorship Primaries of the two leading political parties in Lagos, the People’s Democratic Party (PDP), and the All Progressives Congress (APC).

(Immediate past Minister of State for Defence) emerging as PDP flag bearer in the 2015 gubernatorial election in Lagos State ahead of other candidates particularly Mr. Jimi Agbaje. On the premise as exposed by the author, this assumption is in no doubt, laughable.

“No doubt, Senator Musiliu Obanikoro has known political structure within the Lagos PDP and also has what Seye Olumide (the author of the article) refered to as the “Aso Rock connection,”. Not even the entrance of former governorship candidate, Mr. Agbaje, will stop the (former) minister from getting the PDP ticket, unless Mr. President decides otherwise,” the source said.   “So, it is not an overstatement to say that PDP’s last hope in the race is Obanikoro,” the source added”

Those were the words of the writer and it got me thinking, who really is afraid of Jimi Agbaje? Now, as summer turned to fall, the gubernatorial campaigns of Musiliu Obanikoro and Pharmacist Jimi Agbaje ritualistically hit the airwaves in an effort to shape the outcome of the upcoming PDP primary election.

While much attention has focused on whether a particular aspirant has “hit the mark,” little attention has been paid to how the separate emotional tones of some personalities reflect the strategic plan of each campaign.

So far, it has been a classic contest between fear and anxiety, hope and stability, and these rhetorical choices do a lot to tell us about what the candidates really think about the current state of the race.

The impact of emotion, pride and threat on voters’ cognitive processes (party delegates)  and in some cases, their behavior — has been well researched and this Obanikoro belief is the way to go. An emotion like hope signals that all is well and that we can rely on our habits, such as in the case of politics with partisanship or ideology.

For Obanikoro, his stock in trade is violence and his habit, force. So if you feel hopeful and consider yourself a Lagosian, even loosely, you’re likely not to want an Musiliu Obanikoro.

Obanikoro is going about his aspiration to become the Governor of Lagos like it is the stool of his father which he must inherit by force or how best do we explain his wanting to be the sole beneficiary of whatever comes to or from the PDP in Lagos state  having  been a governorship candidate, an ambassador and lately a minister of the Federal Republic of Nigeria all on the board of a party to which he has contributed so little.

When I read that some  individuals call Jimi Agbaje a new entrant into the PDP and call Obanikoro whatever he has been called, I wonder if they remember at all his history and the fact that he was part of ‘them’ having served with Bola Tinubu before he joined the PDP. So what should he be called? Or was it not on his joining the PDP that he got the ticket to contest as Governor, back then? This is a scary music, a grainy footage and an ominous, foreboding tone. These cues are intended to induce anxiety.

The anxiety-induced KORO is an obvious contrast to Jimi Agbaje’s hopeful message, who defers from the same old boring tone. For Obanikoro to stand the chance of getting the Governorship ticket of the PDP in Lagos State, come November, he will need to shake up, or at least loosen, the fundamental partisan dynamics underlying his aspiration which is greed and pride, the same dynamics that he is looking to maintain. His use of scary tactics  and intense subject matters are tools for this purpose.

There are other elements of campaign, in particular the release of their memoir. Let each of them show us what they have and hope to offer other than threat and violence. Obanikoro has chosen to begin the public phase of his election season with a slate of advances that is clearly intended to induce anxiety with the hope of shaking other aspirants within the party and the hopeful breed of the new PDP from their reflexively  positions. Given this reflexive orientation, other aspirants within the PDP will find success assuming this election proceeds on a business-as-usual track that is the ideal which is primaries. Producing a hopeful candidate for the PDP in Lagos State gives the strategic advantage of reinforcing  voters’ partisan predispositions.

By paying attention to the ’emotional’ dynamics underlying these prominent campaign  for each aspirant, one can get a clearer sense of how each campaign really views this race, regardless of what you may read in their pre campaign writings. In the end, an emotional electorate will pick the next governor of Lagos on the platform of the PDP, and the campaigns wouldn’t have it any other way.

Let him that have ear say to Musiliu Obanikoro what the people are saying. That’s “In Lagos, affliction shall not arise the second time”.

The PDP is larger than the perpetual personal ambitions of Musiliu Obanikoro and no amount of his paid write-ups, abuse of Party leaders and threat of violence will impose him on us as the candidate of the PDP now the the chances are brighter than never for the party to take over governance in Lagos State from the hands of the Tinubu’s gang that have held the State hostage in the last sixteen years.