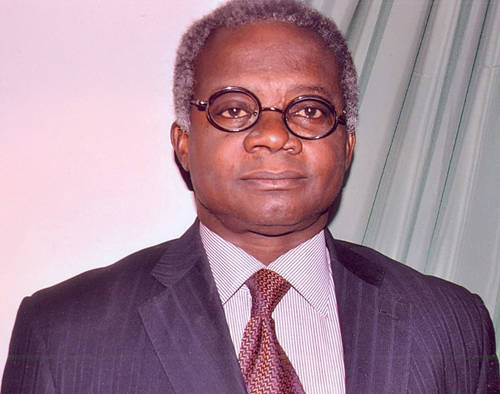 Permit me to reply to an article titled – Why Peoples Democratic Party (PDP) may Win again – by my brother Edozie Okeiyi, Director of Media and Strategy, Great Nigeria Movement,  in the globally acclaimed Sahareporters, one of the moral forces of Nigeria’s fledgling democracy.

One would like to start by saying that Edozie falls into the category of Chop-Sand-Syndrome, found mostly among my Igbo brothers, whose trajectory is without scant regard that Ndigbo like Dr Ogbonia Onu, are prominent in their own right in All Progressives Congress (APC), deliberately define the APC as Yoruba and Hausa party. This is wrong.

The Chop-Sand-Syndrome proponents in the South East, will tell you that APC being championed by Yorubas and Hausas means that there is nothing in the kitty for Ndigbo; whether President Goodluck Ebele Jonathan, GCFR, is performing or not.

They will wittingly or unwittingly ignore the fact the shortest route to president of Igbo extraction is APC; for if President Goodluck Jonathan, GCFR, wins 2015 presidential election, the earliest an Igbo can be president is 2027. But if APC wins the earliest for the Igbos is 2023, this is because of the moral weight of zoning convention that is South-North primed.

Their basic canvass is that it is better for Jonathan to continue, whether he is clueless, runs unclean government or cannot get things done. When you tell them that Nigeria has never been as divided as today; and hence needs urgently to be fixed, whether a Christian, Muslim, Igbo, Hausa or Yoruba, since our dear president cannot fix electricity, modern rail lines, East-West road or the monster of insurgency.

Their answer is anchored on ancient prejudice arising from the Biafran civil war. They will tell you that Ndigbo have been, ‘Chopping Sand’ post civil war and if Jonathan’s victory can make their brother contemporaries in the Nigerian project to ‘Chop Sand’ that will not be a bad idea.

If you make the mistake of reminding them that the basic tenet of Christianity and by extension Islam and other faiths is forgiveness and that our youths who make up more than 60% of our population were post civil war citizens and must be spared this stereo-type.

They will remind you of federal character quota system that denied them the competitive edge they could have enjoyed in a saner clime.

When you re-echo that there is no war fought in history without unintended consequences; which requires statesmanship and craftsmanship to resolve, they quip, you are an idealist.

When you refer them to the current National Conference to go and find out why the Conference inspite of the fact that it was packaged for predetermined hidden agenda failed to give the conveners the region they some much cherished, they will blame the North. They will not want to know that Ebonyi, Enugu, Lagos and others states voted against region.

Otherwise, how can Edozie deny the fact that Nigeria has reached the zenith of liberal democracy, where two political parties dominate in a multi-party system? Where neither PDP nor APC can score more than 53% of total votes cast in the 2015 presidential election, nor win 2/3 of the National and State Assemblies or 2/3 of the governors of the 36 states.

We are without being immodest, in a phase, where most importantly bleeding national issues can no more be treated as PDP family issues; ask Mr President, he will tell you that if you want to pass a bill today, pick $1 billion loan you must account, explain and negotiate.

The truism is that PDP and APC are in every ward, local government area and state of the federation today, unlike in the past where PDP was the only national platform. This is the worry of the leadership of the PDP, especially for a political party that boasted to rule uninterrupted for 60 years whether they perform or not. This belies the spin that APC is not strong, despite the fact that the party is not in charge of our security agencies and Oil Signature.

We of the APC would have been glad if the leadership of PDP are inclined to Edozie’s less than accurate analysis that APC is not strong and confined to only some limited sections of the country. The fireworks going on in Rivers and Katsina states for example nor the gale of impeachment would not be there.

That APC is a Muslim party, falls flat in the face, if Edozie is not suffering from Chop-Sand-Syndrome. Granted that the Interim National Executive of the APC by coincident was led by elder statesman, Bisi Akande, a Muslim as chairman, in 18 Muslim and 17 Christian ratio; coincident in the sense that shortly before the registration of APC on 31st July 2013, the ACN, ANPP, CPC, and factions of APGA and DPP, the legacy parties were allotted offices and each in the mood of the moment submitted names. How come that the election of Chief John Odigie-Oyegun, a Christian, in the prism of Edozie and his Chop-Sand-Syndrome cohorts did not convert the APC to a Christian party?

For the avoidance of doubt, one will do everything to shy away from discussing persons, however permit me to briefly submit that neither Chiefs Tom Ikimi nor Femi Fani Kayode’s diatribe were premised on public nor national interest . Fani Kayode unlike Ikimi was an interloper in the APC and therefore one will not discuss him, as our great party will never file a Muslim-Muslim or Christian-Christian ticket in a divided Nigeria.

For Ikimi he was the lead co-chairman of the Joint Merger Committee of the legacy parties and worked tirelessly to construct the merger. He gave all, but his discontent in my estimation arose in the last few days of the merger committee meeting. As we were wounding up with our recommendations to the legacy parties, senator Ahmed Yerima raised a motion on the floor to the effect that Chief Tom Ikimi be nominated as the chairman Interim National Executive Committee, Alhaji Ibrahim Shekarau as secretary, Alhaji Garba Gadi as deputy chairman, all representing the major legacy parties, ACN, ANPP and CPC respectively.The motion was adopted and my humble self moved a counter motion, basing my motion on the doctrine of trite law which unambiguously defines the relationship between the agent and the principal.

To cut the story short, Ikimi’s ambition to head the Interim National Executive failed, as each party was allowed to nominate their own slot. Methinks this is his grouse with Asiwaju Bola Ahmed Tinubu, not for any public interest.