The Real Story About The HND 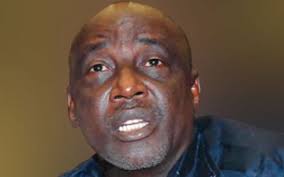 A close observation on Nigerian Prisons Service (NPS), since 2009.