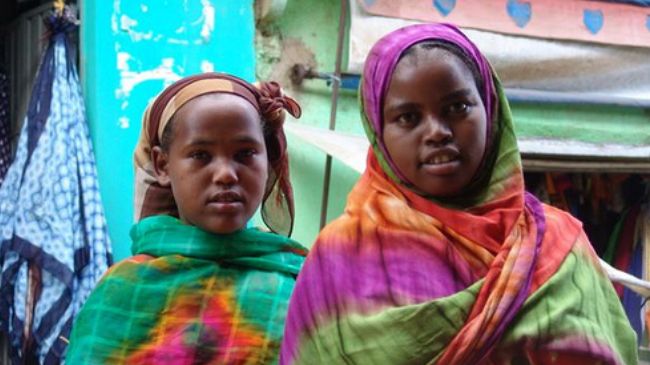 Ethiopia is one of the most historic nations on the face of this earth, but writers are creating a stream of confusion about the breakdown of Ethiopians, particularly the Oromo people, and many are losing site of the truth, experts say.

Professor Feqadu Lamessa, a former Adama University professor and writer, says Qatar-based al Jazeera has published several articles concerning the Oromo people of Ethiopia. Praising the coverage, Lamessa believes it forces Ethiopian authorities to address human rights abuse in the country and to let them know that the world is watching.

“Oromos and other Ethiopians have been struggling for equal rights and democracy for decades. While it is important to report about Oromo people’s background and historical perspectives, it is however vital that we report accurate information. Instead of benefiting us, reporting inaccurate or biased information can actually harm our struggle for democracy. Instead of creating national consensus and peace, it can instigate bitterness and anger.”

Lamessa says there are some general inaccuracies that are reported frequently. For example, it is generally believed that between 1868 and 1900, half of all Oromo were killed, approximately five million people. The professor says this is not true, and that in fact it was a case of ill-equipped soldiers from the south fighting better-equipped forces from the north with a larger European influence. Lamessa says it was not genocide.

He also says Oromo people have never been a predominantly Muslim, yet it is frequently reported today that they in fact are, “The latest official 2007 census showed that around 48% of Oromos practice Christianity (Both Orthodox & Protestant) while around 47% of Oromos practice Islam.”

Lamessa says it is widely believed that Abyssinians labeled Oromos with the derogatory word ‘Galla,’ and that for many decades, the falsity has been used by Oromo separatists to build emotional resentment among Oromos against Semitic Abyssinians, which include Amharas, Tigrayans and Gurages. “The fact is the derogatory word ‘Galla’ was first used by Arab and Muslim Somalis to describe Oromos as ‘gal’ meaning ‘outsiders’ and ‘Pagans.'”

Lamessa says the label was used by Muslims during Oromo migration because Oromo people had their own religion which the Muslims believed was paganism. Over time, the derogatory word was gradually adopted and used by other Ethiopians.”

There are other points that Lamessa has addressed, including the popular claim made by secessionist Oromo politicians that Oromo people were colonized by another ethnic group.

“This claim is popular among the Oromo Liberation Front (OLF) organization and consequently among some Diaspora Oromo nationalists living in America and Europe. While a different version or a re-arrangement of the wording might still be true…in general, the Oromo nation as a whole was never colonized by another Ethiopian ethnic group.”

Straight Talk African viewer and guest Tedla Asfaw, says the opposition is gaining ground, and that the rallying cry is change. Asfaw says numbers are being “produced” about Ethiopian ethnicity and religion and the fact checkers are asleep at the wheel.

“I heard Dr. Megersa on Oromo TV in Minnesota telling us the ‘victims’ of red and white terrors in Ethiopia — eighty percent of them were ‘Oromos’. Eighty percent of Ethiopian Muslims are ‘Oromos’ according to the ‘book’ of Jawar Mohamed. Where did they get those numbers? Journalists pick such figures and confuse the public. Both Megersa and Jawar are biased actors, their claim is not supported by local/Ethiopian as well as foreign historians.”

Asfaw says Professor Fekadu Lemessa has done his part to counter the numbers. When it comes to red and white terror victims, there are studies and websites who compiled the names of the victims of the red terror. It is time to rebuke the claim of Dr. Megersa.

Writer Kiflu Hussein, originally from Ethiopia, also backs Lemessa. He says the renewed interest in clarifying truth about his native country is crucial.

“I am glad that another Ethiopian started to expose the falsehoods being propagated by gun touting and machete wielding narrow-minded ethnic liberators out of whom some succeeded to divide Ethiopia into two and occupy palaces in Addis Ababa and Asmara. Are we Ethiopians going to let that happen for the second time and see our country be further divided up and weakened by tribal power mongers? I don’t think so, not when more and more courageous voices like Feqadu Lamessa start speaking up and get involved actively.”

“We are living in a fast information age where numbers are used rightly and wrongly,” Tedla Asfaw said. “Numbers are used by anti Ethiopia elements for ‘propaganda’ to divide Ethiopians by ethnicity and religion, create tension according to the designers. They could care less for the people they claim they are speaking on their behalf because they are living sound and safe in the West with their own families and cannot be impacted by their action.”

He reminds readers that in a civilized world there is always a census every ten or so years to study communities where numbers are used to address legitimate issues. In poor country like Ethiopia where ethnicity is the force to rule by division, journalists have to check their facts.

Asfaw added, “Professor Fekadu Lemessa’s ‘Oromo 101’ helps foreigners as well as locals/Ethiopians interested to educate and empower the people of Ethiopia, including Oromos.

Tim King specializes in writing about political and military developments worldwide. His years as a Human Rights reporter have taken on many dimensions. His background includes covering the war in Afghanistan in 2006 and 2007, and reporting from the Iraq war in 2008. Tim is a former U.S. Marine. Tim is the news editor for Salem-News.com and holds awards for reporting, photography, writing and editing from traditional mainstream news agencies like The Associated Press and Electronic Media Association; he also holds awards from the National Coalition of Motorcyclists, the Oregon Confederation of Motorcycle Clubs; and the The Red Cross