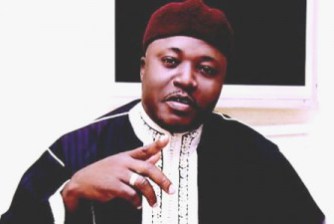 The coalition of Northern groups which gave Igbos three month notice to quit northern Nigeria yesterday reiterated that it’s call for Igbo to leave northern Nigeria was not a call to violence but to allow Igbos achieve their ambition of having the country.

In a statement issued Thursday in Kaduna and signed by Abdulazeez Suleiman, spokesman of the group carpeted governors Nasir El Rufai and Kashim Shettima of Kaduna and Borno states respectively, on their stand against them, saying that the governors were driven by their ambitions to be vice president.

He said the group was “nauseated” by the comments attributed to El Rufai and Shettima, describing them as “disgruntled northern political power Mongers”.

Part of their statement reads:

“We restate that we have never called anybody to violence and that people should discountenance the elements of fear and threat introduced by the distortions of merchants of mischief.

“We wholeheartedly endorse the moves made variously by our leaders to allay those fears and urge people to be peaceful and law-abiding while at the same time resolutely insisting on having the right thing done by allowing the Igbo to have and move to their dream country in accordance with the universal fundamental right to self-determination.

“We restate our determination and commitment to ensuring that the North will never partake in any contrived arrangement that would still have the Biafran Igbo as a component.

“We reiterate our call on Nigerian authorities and recognized international bodies such as the ECOWAS, AU and UN to hasten the initiation of the process for the final actualization of the Biafran nation and with it the excision of the Igbos out of the present federation”.

Mr Abdulazzez Suleiman claimed that despite the “distortion” of their earlier statement, the feedback they got was that their message resonated with “peace-loving Nigerians who have been tormented and menaced by the irredentist proclivities of the Igbos and are overwhelmingly desirous to put an end to it”.

.
He said the group “are particularly disappointed by the treacherous positions assumed by Nasir Ahmed Elrufai and Kashim Shettima who in pursuit of their blind ambition for the vice presidency, chose to side with the cesessionist Igbos against the interest of peace-loving Nigerians.

“Elrufai and Shettima are openly known to be waiting in the wings for Mr. President Muhammadu Buhari to die so they can further their plots to seek the presidency.

“It appears that characters like elrufai have no limit on how low they can fall in their inordinate desire to achieve their long held dream of power grab at the expense of the peace, well being and stability of our country.

“We would like to assure elrufai and his ilks that we shall continue to expose their recalcitrant treachery and opportunistic proclivities. We also assure them that the drive for a peaceful and prosperous Nigeria in which the Igbos are not partners, will continue unabated” he said.