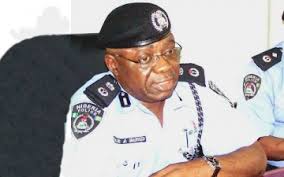 Mrs Wuraola Williams, relative of the assasinated National Union of Road Transport Workers (NURTW) boss, Alhaji Azeez Ashake who was murdered on Saturday, September 20 after the PDP South-West rally in Lagos, has written a petition to the Assistant Inspector General of Police, Zone 2, AIG Umar Tanko, claiming that some hoodlums were after her life.

The Punch newspaper reported that the 43-year-old woman said she had received threats to her life from the same gang that assassinated the ex-NURTW chief. She gave the names of her assaiants as Olokodana, Abass, Atebo, among others.

In the petition dated October 1, Mrs Williams added that she narrowly escaped death when some assailants visited her house on the night of the same Saturday.

She said, “The boys came around 1am. They broke my door and ransacked the whole building. They injured some tenants in the building and damaged their property. They also damaged my vehicle parked in the compound.”

While the incident has been reported at the Adeniji Police Station, Mrs Williams claims she has not stepped into her apartment till this period.

“My property is in an unsecured environment. I cannot take anything there because my life is in danger. The lives of my family members are also in danger. I want the police to arrest these culprits and bring them to book,” said Williams.

Reacting to the incident, the AIG, Umar Manko said he had yet to get William’s petition, but promised to attend to it.

He said, “I have yet to get the petition because I am not in the country presently. But whatever her request is, there are officers at the zone 2 who will attend to it.”

He said, “In a recent attack on Patey Street, Lagos Island, the policemen from the Adeniji Police Division and the Area Command were able to arrest 14 suspects.

“There was an incident of cult attacks and reprisals. In that violence on Sunday, no life was lost as claimed by residents. Nobody was killed as the police were able to bring the situation under control.”