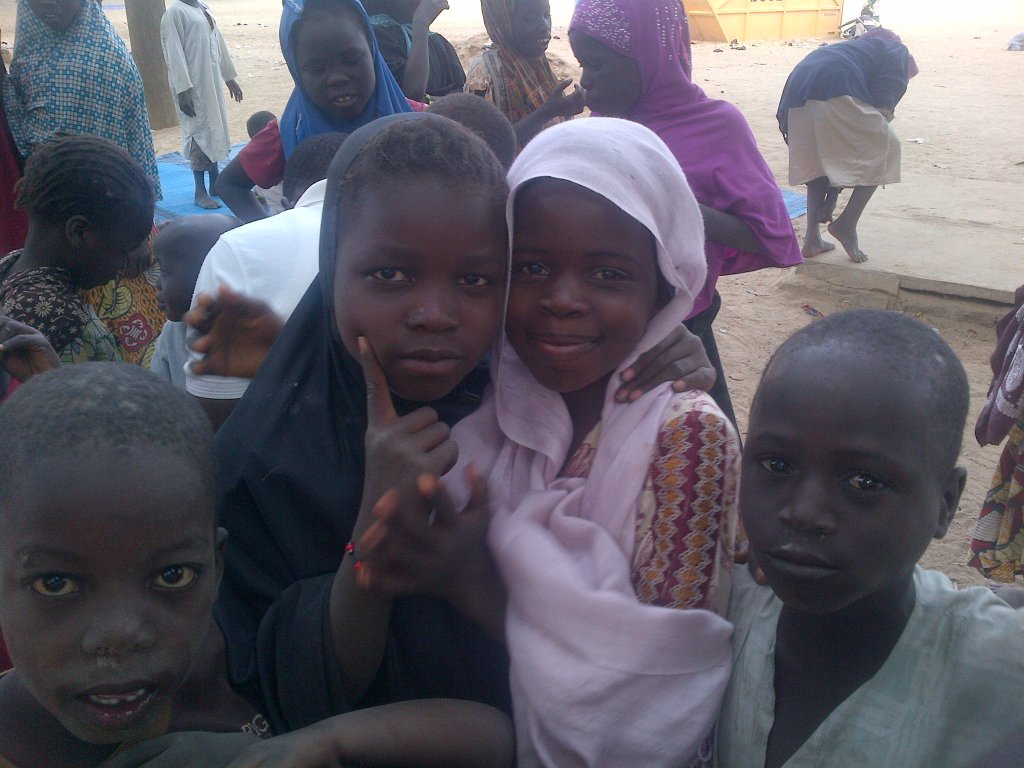 by Salil Shetty
In September 2014, a 19-year-old woman whom I will call Aisha was celebrating a friend’s wedding in a small village in north-eastern Nigeria when Boko Haram attacked. The fighters killed the groom and many of the male guests. They abducted Aisha, along with other women, including her sister and the bride.
They were taken to a Boko Haram camp in Gulak, Adamawa State, home to about 100 other abducted girls. Over the three months she was held captive, Aisha was raped repeatedly, sometimes by groups of up to six fighters. She was taught to use firearms, detonate bombs and attack villages. She was sent on “operations”,including an attack on her own village. She says she did not kill anyone herself — but she met women and girls who told her that they had.
Stories like Aisha’s do not make for easy reading. Hers is just one of many told to Amnesty International researchers in the two years since more than 200 schoolgirls were abducted from a secondary school in the town of Chibok, Borno State. The fate of the schoolgirls made headlines around the world. But those girls, still missing, are sadly only a small proportion of those abducted by Boko Haram in recent years.
Thousands of women and girls have been abducted by the armed group. Men and boys have also been taken at gunpoint and systematically executed or forced to join the fighters.
Amnesty International’s research found that abducted girls were taken directly to Boko Haram’s camps in remote communities or to makeshift transit camps. From these transit camps Boko Haram moved them to houses in towns and villages and indoctrinated them with their ideology in preparation for marriage. The suffering of these abducted women and girls, some of whom were forced not only to marry fighters but also to become fighters themselves, is beyond comprehension.
Over the course of the past few years, there have been notable successes by the combined forces from Nigeria, Chad, Cameroon, Benin and Niger that have given Nigerians some hope, although there are also concerns about the potential for human rights abuses by these forces. In addition, the support from the international community since President Buhari’s election as President provides an opportunity for Nigeria to protect civilians in the northeast.  But there is a huge amount to be done.
The abducted must be found and returned and President Buhari should spare no effort in using all lawful means to protect civilians from Boko Haram attacks. But he has to ensure that there is no repeat of the extra-judicial killings and human rights violations committed by the Nigerian military in the past in its fight against Boko Haram. The authorities must also urgently ensure humanitarian assistance reaches those in need, particularly to more than a million people forced to flee their homes.
The conflict in the northeast has created religious tensions, and the Muhammadu Buhari government will, therefore, have to act swiftly to prevent a lasting legacy of distrust between some Muslim and Christian communities, especially in areas ravaged by Boko Haram attacks.
An important element of the post-conflict reconciliation process will be a thorough, impartial and independent investigation into war crimes and crimes against humanity.
So far the Nigerian government has not taken adequate steps to investigate crimes committed by both sides of the conflict. This is another challenge that Mr. Buhari must address with utmost urgency. Nigerians and the world are expecting to see if his commitment that the “government will investigate all human rights violations, including by the military” — will soon be translated into concrete action.
But if the International Criminal Court, which has already launched a preliminary examination, determines that Nigeria is unable or unwilling to investigate these crimes or bring suspects to justice, it may decide to initiate a full investigation.
It is vital that the government ensures that bodies are disinterred from mass graves, that victims and witnesses are given the opportunity to give evidence and that the perpetrators are brought to justice. Only then will the pattern of impunity that has plagued Nigeria be broken.
Two years after their abduction, the Chibok girls have come to symbolize all the innocent people whose lives have been destroyed by Boko Haram. There is still hope that the Chibok schoolgirls may one day be reunited with their families.
Aisha eventually made it home. She escaped in January 2015, fleeing through the bush in the dead of night. During her time in captivity she saw more than 50 people killed by Boko Haram, including her sister. They were buried in shallow graves and the smell of their rotting corpses hung heavy in the air.
Aisha walked for three days until she reached a village where she was given shelter for two days, a change of clothes and 500 naira ($2.50). She then set off again, for another five days, until she reached her home. When she got there she discovered that her father had died soon after she and her sister had been abducted. The local doctor had put his death down to a coronary thrombosis brought on by high blood pressure. Others believed that no medical language was needed: Aisha’s father died of a broken heart.
Salil Shetty is the Secretary General of Amnesty International.
A version of this article first appeared in the New York Times and is reproduced with their kind permission http://www.nytimes.com/2015/04/14/opinion/the-menace-of-boko-haram.html