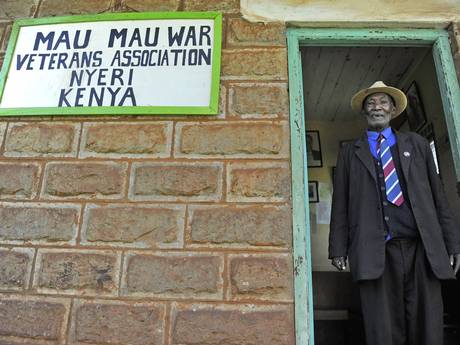 NewsRescue– Over 90,000 Kenyan were tortured and killed in the Mau Mau 1950s uprising against the British colonialists.

Britain will offer compensation to victims of the torture and brutality it meted out to thousands of Kenyans detained during the Mau Mau uprising, according to reports.

More than 5,000 people are each expected to be given £2,600 – about five times the average income in Kenya – as part of a £14 million compensation deal to be announced by William Hague, the Foreign Secretary.

It will be the first official acknowledgement by the British authorities of the brutal behaviour , including castration, rape and beatings, of some of its forces trying to quell the Kenyan ‘Emergency’ of 1952-60.

The settlement follows test cases brought by three Kenyans in the London courts. The government had argued that too much time had elapsed for a fair trial but judges ruled it was wrong, especially after the discovery of an archive of 8,000 documents from 37 former colonies.

Among the papers was a memo from Eric Griffith-Jones, then the Attorney general of Kenya, who agreed to sanction beatings as long as it was done secretly. “If we are going to sin, we must sin quietly,” he wrote.

Paul Muite, a Kenyan lawyer advising Mau Mau veterans, said: “We have agreed on an out-of-court settlement.” He said compensation will go to “everybody with sufficient evidence of torture”, about 5,200 people.

Aljazeera; Kenyans Celebrate Victory- For Wambuga Nyingi, it is not about the money.

Britain’s decision to compensate thousands of Kenyans who were tortured during an anti-colonial uprising in the 1950s is important because it re-writes the history books, he said.