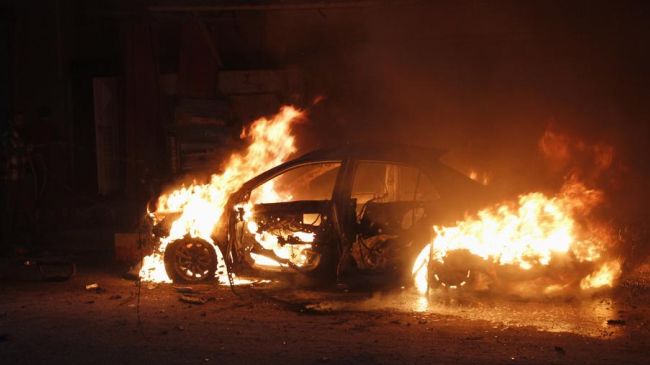 NewsRescue Editor- An average of 50 Iraqi’s are killed and dozens more injured everyday as a result of foreign sponsorship of anti-government terror in Syria, with the NATO, the Turkey, Saudi and Qatari regime facilitated recruitment of Takfiri terrorists from around the world to Syria, Iraq’s neighbor.

A series of car bombings and other attacks in Iraq, mostly targeting Shia Muslims, have killed at least 66 people and injured scores more, according to security and hospital sources.

A total of 11 car bombs went off in eight Shia majority-areas in and around Baghdad on Thursday, killing at least 44 people and injuring over 120 others.

No group has claimed responsibility for the attacks, but police officials say the prime suspects are al-Qaeda-linked militants, who have carried out similar attacks in the past.

Earlier in the day, a vehicle full of explosives was detonated by a bomber in a residential area of the eastern village of Muwaffaqiyah, killing 15 people and wounding 50 others.

In other attacks on Thursday in northern Iraq, seven people died and several others were injured.

The incidents are the latest in a string of attacks across Iraq that have left about 6,000 people dead since the beginning of 2013.

According to the United Nations, a total of 1,057 Iraqis, including 928 civilians, were killed and another 2,326 were wounded in terrorist attacks throughout the country in July — the deadliest month since 2008.

And about 800 Iraqis lost their lives in August in the deadly attacks, a third of which took place in Baghdad.

According to an academic study published in the United States on Tuesday, more than 460,000 people in Iraq lost their lives between 2003 and 2011 as a result of the US-led invasion of the country. Read more on Press