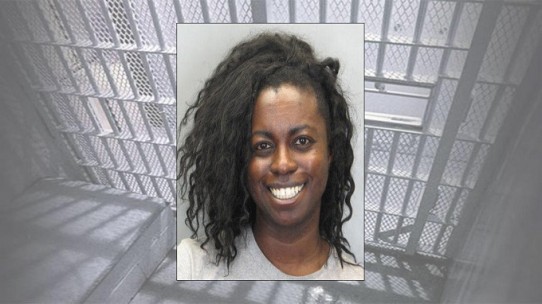 “A mentally ill woman who died after a stun gun was used on her at the Fairfax County jail in February was restrained with handcuffs behind her back, leg shackles and a mask when a sheriff’s deputy shocked her four times, incident reports obtained by The Washington Post show.”

This woman was Natasha McKenna, – 37, who was diagnosed as schizophrenic aged 12- a petite mother of a young child. Any explanation as to why it was acceptable to use a 50,000-volt Taser four times on a woman whose hands are handcuffed behind her back, legs restrained, with a mask on is completely bogus.

Natasha McKenna initially cooperated with deputies, placed her hands through her cell door food slot and agreed to be handcuffed, the reports show. But McKenna, whose deteriorating mental state had caused Fairfax to seek help for her, then began trying to fight her way out of the cuffs, repeatedly screaming, “You promised you wouldn’t hurt me!” the reports show.

Numerous experts said the use of a stun gun on a fully restrained prisoner was an unreasonable use of force, particularly in a jail setting where a person is unlikely to flee. They also said Tasers are not recommended for use on the mentally ill, that even the Taser manufacturer warns against using them on people in a state of “excited delirium,” and that using a stun gun more than three times is thought to be above the threshold for use on a single person.

“She wasn’t a threat; she wasn’t going anywhere; she was restrained,” said Richard Lichten, a use-of-force expert and former jail official in Los Angeles. “It feels excessive, unnecessary and out of policy, based on what you’re telling me.”

The account comes from dozens of pages of sheriff’s deputy incident reports that provide the first complete account of the events leading to the death of the Alexandria mother that has troubled her family and local mental health advocates.