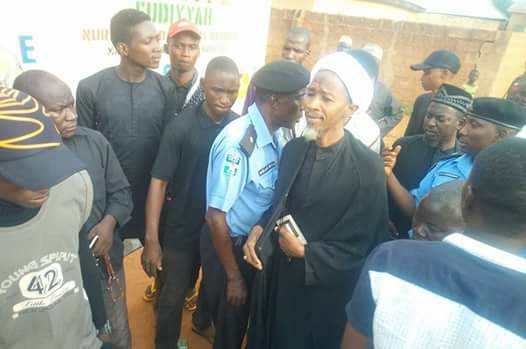 NewsRescue
The Islamic Movement is highly dismayed when news emanated that Sokoto state Commissioner of justice has announced the ban on Shiite processions in the state on 27/09/17. The ban was hinged on the premise that “there are ongoing activities of Shiite members in the state, that could cause public disorder,” as the Commissioner said. He then went on to say that, “under the Public Order Act, permission for any procession has to be sought through the security agencies.”
For the avoidance of any doubt we will like to remind the state government and the general public that all our processions have been peaceful throughout the history of the Islamic Movement. In fact the last three processions held by the Islamic Movement in Nigeria in Sokoto metropolis were devoid of anything unpleasant and even enjoyed police protection as ordered by the constitution. Hence we are surprised by the anticipated ‘public disorder’ as proclaimed by the Commissioner.
It’s unfortunate that as a learned counsel that the Justice Commissioner is will cite Public Order Act to perpetrate an act of illegality. At this juncture we will like to remind the state government of the judgement of court of appeal wherein it’s stated ““In present day Nigeria, clearly police permit has outlived its usefulness. Certainly in a democracy, it is the right of citizens to conduct peaceful processions, rallies or demonstrations without seeking and obtaining permission from anybody. It is a right guaranteed by the 1999 Constitution and any law that attempts to curtail such right is null and void and of no consequences.”
We will like to reiterate to the general public of our commitment to peaceful assembly and protests not only in Sokoto but the nation in general. This has been the teaching of our illegally incarcerated leader Sheikh Ibraheem Zakzaky for decades, and no amount of intimidation will make us abandon that noble Islamic path. We are aware of attempts by the security agencies to carry out false flag attacks in our name, however this will not make us shy away from our responsibility of exposing their vile attempts.
Our annual Ashura procession is a peaceful assembly which is a world-wide phenomenon. It’s all about exposing the killers of Imam Husain the Grandson of our Prophet Muhammad (S). Processions in the name of APC and Buhari are allowed, why should the one in the name of the Grand Son of the Prophet be banned?
We therefore call on the Sokoto state government to rescind its decision to split the blood of innocent people during our peaceful processions. It shouldn’t tarnish the image of Sokoto state that has been adjudged to be most peaceful since the inception of Tambuwal’s administration.
SIGNED BY