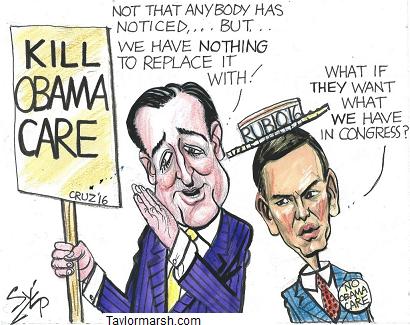 NewsRescue– Obama is not an orphan. He comes from American rainbows that elected him once and reelected twice; from a progressive Party; from a long lineage of an Irish American mother and African father. Republicans swore their goal was to make sure Obama became a one term President. They have never given up and they are willing to do anything to make his reign ignoble; they cannot. Affordable Care Act in most civilized countries is next target.

So whatever Obama did or does–steering recovery from the world economic recession was definitely not enough, despite sabotage–they will always attack him. Republicans missed the boat and shut down the American Government to their own detriment, exposing how far they were willing to go and trip over themselves. The rest of the world watched the great American Government reduced in bitter bipartisan rumble on a monthly approval of budgets and debt ceilings.

Republicans are trying to isolate Obama from voters, the brothers, sisters, fathers and mothers that wonder aloud if the hawks would ever let go and allow him work for those that elected him in the interest of all Americans. They claimed Obama lied by making less than 5% junk insurance without maternity, mental, preventive or drug coverage obsolete. They exclude risks and avoid costs to increase profit at the working poor’s expense.

High-deductible for couple of hospital visits, pricey out of pocket expenses, catastrophic coverage that attract only healthiest consumers that bet accidents will never occur. The Affordable Care Act (ACA) labeled Obamacare is targeted as opening to undermine the integrity of the President. They claimed he lied to the people that anyone that wants his health insurance can keep it except junk insurance reason that motivated change Source

The bottom-line is Obama was right because insurance companies can no longer sell bare bone insurance that is essentially snake oil that people paid for but would not take care of them when needed. Any responsible government would not allow a business to sell snake oil to people just to make a profit without taking care of what the people pay for.

Individual choice by any name is not enough. There is no choice to smoke anywhere at the expense of others, drink and drive or shoot into the air. Once it deprives others of their liberty or spend inefficiently more money on healthcare than any other country in the world, government must come to the rescue on minimum value individual insurance purchases. If they can’t afford it, they must be assisted to increase private insurance market.

If they get sick and the private insurance refuses to cover them, the Government would have to pick up the tab at the hospital emergencies. This is exactly what insurance coverage is all about. United States already spends more than any country on health but not efficiently since about 40 million people have no or junk insurance. They wait until some accident happens or cannot see a doctor to prevent major expensive sickness.

More important, able and strong men and women that are working poor cannot afford health insurance even when their employers are willing to pay part of it. The part they have to pay is a big percentage of their paychecks, hence they refuse employer health insurance. So, most progressive states like Massachusetts, Vermont, New Hampshire and others help working poor with their co-pay to their companies’ health insurance.

Massachusetts allows private insurance in the market but there has to be a minimum standard for people in need so that when they “accidentally” get pregnant, they can be covered, in case they need expensive drug they cannot pay fully for, if they have existing medical condition they cannot be thrown away and forgotten or left to die. Insurance companies that do not cover these minimum standards are in business to sell snake oil.

Republicans have seized on this to claim the President lied. Most people that are very familiar with insurance companies realize that their policies would not cover certain car accidents, certain home expenses, certain death benefits or certain sick time only when they need benefits. When it comes to health insurance, everything must be spelt out in bold letters so that people would know what they got. It is called consumers’ protection.

Many people think that since their insurance is asking them to pay more for minimum legal coverage; they are not getting more coverage. The point here is the principle that nobody should force anyone to buy what they do not want. If what they want is the bare bone policy, they should have the right to buy it. The same as house insurance, car insurance and sickness benefit until the time comes when they find out how useless it is.

Generally, the principle should be that the most health dollars should cover most people but it never works out that way. Since government subsidized high technical machines and equipment that are developed and discovered through government research in the laboratories, universities and non-profit organizations, are mostly accessible to the rich.

The Insurance company gets more customers with a broader base of young healthy folks and the state governments save money at the emergency rooms for those that could have been without health insurance. It is a win-win situation. This is what Affordable Care Act is trying to achieve nationally. It is sad that more of the southern states controlled by Republicans with more poor people are not taking advantage of the ACA.

Republicans blamed Obama for not going to war over Syrian chemicals. He allowed United Nation to do it peacefully. They move to cut Food Stamp stimulus: $1.00 generates 1.70.