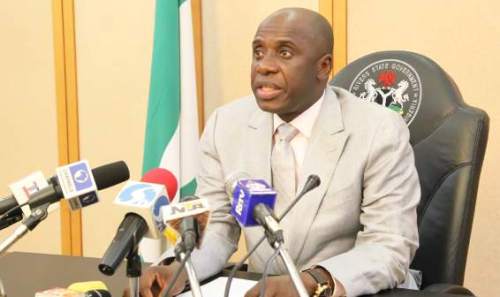 We write this letter on behalf of 725 short-listed candidates of Federal Airports Authority of Nigeria (FAAN) recruitment who emerged successful after completing the various stages of the recruitment process which began in February, 2015 and was concluded in March, 2015.

In accordance with Federal Character and transparency, the lists of successful candidates was published online on www.faanrecruitment.­com and followed with a note stating that “All selected candidates will be notified of the dates to present themselves for documentation and further processing at the Human Resources Department, FAAN Headquarters, Lagos through publications in the national newspapers and on the website”. However, eleven (11) months after the recruitment exercise was concluded, there has been no official update concerning the status of the recruitment thereby leaving successful candidates at the mercies of hearsays and unpleasant rumors.

Consultations with the Federal Character Commission (FCC) confirmed that a certificate of compliance had been issued to FAAN by the Commission which validates the recruitment process satisfying the position and provision of the constitution governing such exercise which states that; “A Certificate of Compliance (with the FCC principles/­guidelines) shall be issued as final authorization for the release of letters of appointment to successful candidates by the recruiting MDA (No MDA shall issue Letters of Appointment to candidates without this Certificate)” and allows a period of three (3) months as ultimatum for the issuance of appointment letters to successful candidates by the agency. With the specified period having expired as at the end of September, 2015 without the issuance of appointment letters nor official statement from FAAN, this has indeed given us cause to worry, especially as it is now close to a full year since the recruitment exercise was concluded.

In line with the restoration of transparency and due process in the civil service and other sectors of our economy by the current administration, the conduct of the recruitment exercise by the Federal Airport Authority of Nigeria (FAAN) has proven beyond reasonable doubt that candidates can be selected strictly on merit and in consonance with Federal Character. Your decision to give credence to this recruitment of equity further strengthens our faith and trust in your leadership as our Honorable Minister.

We strongly believe that under your leadership and influence as the Honorable Minister of Transportation, the release of necessary funds for the documentation and training of successful candidates will receive due attention and the exercise brought to a successful conclusion. This represents the hope of 725 Nigerian youths who are eager to serve our fatherland. We thank you sir for your kind consideration and anticipated intervention.

A copy of the published list can be found on http://recruitment.assure.com.ng/faan-recruitment-2015-461-applicants-offered-employment-check-list-of-selected-candidates/ as the official recruitment website is currently inaccessible.