by Gareth Porter on MiddleEastEye, April 2015

As the Saudi bombing campaign against Houthi targets in Yemen continues, notwithstanding a temporary pause, the corporate media narrative about the conflict in Yemen is organised decisively around the idea that it is a proxy war between Iran on one side and the Saudis and United States on the other.

USA Today responded like Pavlov’s dog this week to a leak by Pentagon officials that it was sending the aircraft carrier USS Theodore Roosevelt to the waters off Yemen, supposedly to intercept Iranian vessels carrying weapons to the Houthis.  It turned out that the warship was being sent primarily to symbolise US support for the Saudis, and the Pentagon made no mention of Iranian arms when it announced the move.  But the story of the US navy intercepting Iranian arms was irresistible, because it fit so neatly into the larger theme of Iran arming and training the Houthis as its proxy military force in Yemen. 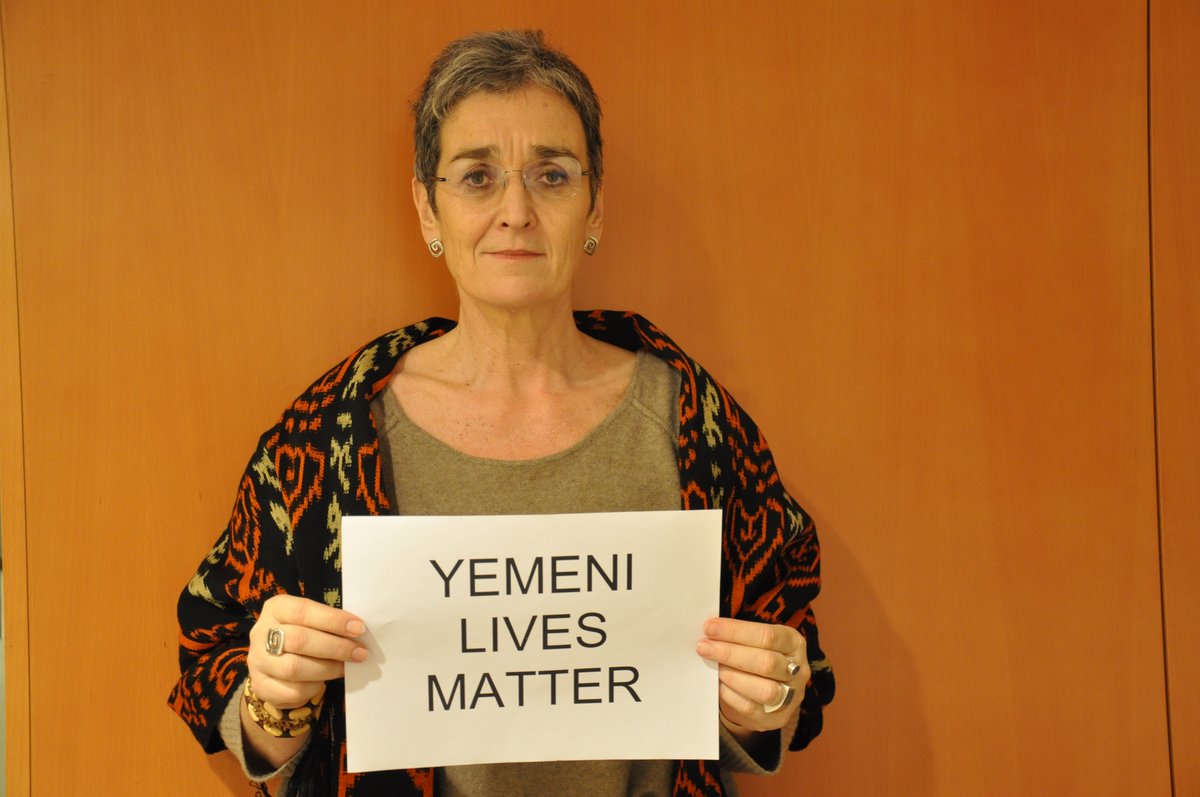 News stories on Yemen in recent months have increasingly incorporated a sentence or even a paragraph invoking the accusation that Iran has been arming the Houthis and using them to gain power in the Gulf. The State Department’s principal Deputy Assistant Secretary Gerald Feierstein nourished that narrative in Congressional testimony last week depicting Iran as having provided “financial support, weapons, training and intelligence” to the Houthis. Feierstein acknowledged that the Houthi movement is “not controlled directly by Iran”, but claimed a “significant growth in Iranian engagement” with the Houthis in the past year.

Like most popular myths the dominant narrative of the Houthi movement as Iranian proxy in Yemen is based on a kernel of truth: the Houthis share the Iranians’ dim views of American intentions in the Middle East and have sought to take advantage of the Hezbollah model to enhance their political-military effectiveness.

But the assumption that the Houthis have been looking to Iran to train their troops or supply their need for weapons ignores the most basic facts of their ascendance. The Houthis built up their military forces from virtually nothing to as many 100,000 troops today through a series of six wars with Yemeni government troops. In the process they have not only become much better trained, but have acquired a vast pool of arms from Yemen’s black market. A United Nations Experts’ report earlier this year cites estimates that Yemen is awash with 40 to 60 million weapons. The Houthis were also getting a continuing stream of modern arms directly from corrupt Yemeni military commanders from 2004 through 2010.

And in their eagerness to conform to the general theme of an Iran vs US-Saudi proxy war in Yemen, the media’s treatment of alleged Iranian arms to the Houthis has ignored the fact that the Houthis had forged an alliance by early 2014 with a far larger source of arms: former President Ali Abdullah Saleh. It was that alliance that propelled the Houthis into power last September, not their ties with Iran. 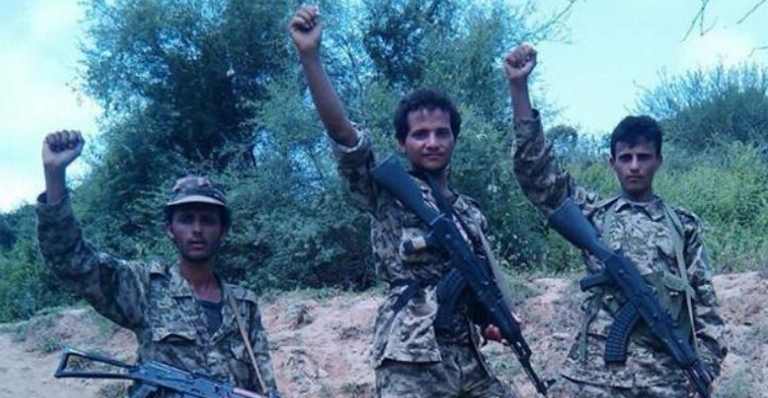 After Saleh was forced to step down as president in 2012, the government supposedly reorganised the military and Saleh’s son Ahmed Ali Saleh was ousted as commander of the Republican Guard. But in fact Saleh continued to control the military through his allies in most of the command positions. When the Houthi advanced on Sanaa last September, it was all carefully choreographed by Saleh. The Houthis were able to take one Yemeni military facility after another without a fight and enter the capital easily.

In the process, the Houthis acquired a new bonanza of weapons that had been provided by the United States over the previous eight years.   According to Pentagon documents acquired under the Freedom of Information Act by Joseph Trevithick, the Defence Department had delivered about $500 million in military hardware to the Yemeni military from 2006 on.  The gusher of new US arms included Russian-made helicopters, more than 100 Humvees with the latest armor packages, 100s of pickup trucks, rocket propelled grenades, advanced radios, night vision goggles and millions of rounds of ammunition.

A significant part of that weaponry and equipment was scooped up by Houthi fighters on their way into Sanaa and has been visible in the months since then. When the Houthis advanced into Aden 1 April, residents reported seeing four tanks and three armored vehicles as well as Rocket propelled grenades.  On 29 March, after the Saudi bombing campaign had begun, the Houthis were reported to have had control of the Yemeni Air Force’s 16 fighter planes, of which eleven had been destroyed by the bombing. 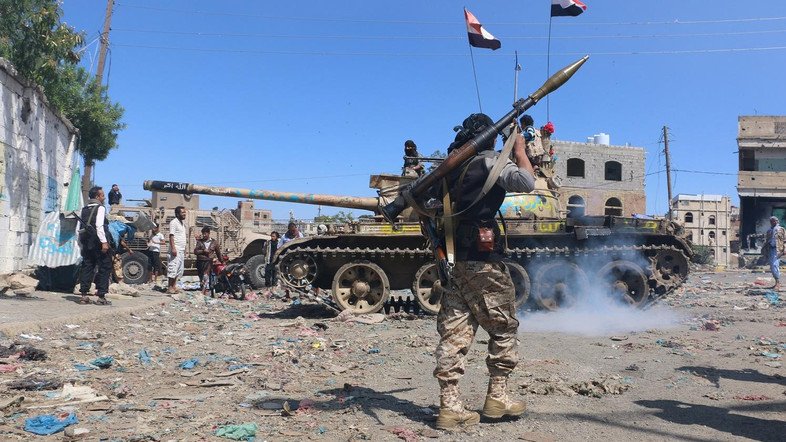 In light of the reality that the Houthis are already flush with American arms that may be worth as much as hundreds of millions of dollars, the flurry of media excitement over the US Navy sending another warship to intercept an Iranian flotilla of arms is an odd bit of burlesque that ought to be in an embarrassment.

The one concrete allegation that has been invoked by media stories in recent months is the case of a ship called Jihan 1, said to have been laden with Iranian arms, that was intercepted in early 2013.  A Reuters story last December cited a list a list of all the items on board provided by a “senior Yemeni security official,” which included Katyusha rifles, RPGs-7s, tons of RDX explosives and surface-to-air missiles.

But the Hadi government never provided any evidence that the ship was sent by Iran or was intended for the Houthis.  And most of the items mentioned were not even Iranian-manufactured weapons. The one odd exception was a reference to “Iranian-made night vision goggles”. That fact suggests that the ship was intended to provide arms to al-Qaeda in the Arabian Peninsula, which carries out large numbers of terrorist bombings and would have needed the large supplies of RDX. The Houthis, on the other hand, are not known to have used that explosive. The UN expert panel formed to support the UN Security Council sanctions against Houthi commanders and Saleh reported that it had been “unable to independently confirm the allegation” about the Jihan 1.

The Reuters story, published months after the Houthis had acquired a large portion of the Yemeni army’s American arms, quoted a second Yemeni security official as still claiming that Iranian weapons “are still coming in by sea and there’s money coming in through transfers”.

Reuters further claimed that a “senior Iranian official,” contradicting official Iranian denials, had told the news agency that “the pace of money and arms getting to the Houthis had increased since their seizure of Sanaa.” The official allegedly said there were hundreds of IRGC personnel training the Houthis and six Iranian military advisers in Yemen. That part of the story appears suspicious to say the least.

The politically convenient story line that the Houthis are proxies of Iran is hardly new. As a US diplomatic cable from Sanaa in 2009 reveals, the Yemeni government had waged a continuing campaign for years during its wars with the Houthis to persuade the United States that Iran and Hezbollah were arming and training the Houthis, but had never produced any real evidence to support the claim.

Ties between the Houthis and Iran undoubtedly exist, driven by a common distrust of American and Saudi roles in Yemen and the Houthis’ need for an ideology that would enhance their power.  But the slack-jawed media approach to the story – starting with its refusal to put the allegations of continuing Iran arms smuggling to the Houthis in the context of the Houthis bonanza of US arms – has produced the usual fog of misinformation and confusion.

– Gareth Porter is an independent investigative journalist and winner of the 2012 Gellhorn Prize for journalism. He is the author of the newly published Manufactured Crisis: The Untold Story of the Iran Nuclear Scare.

The views expressed in this article belong to the author and do not necessarily reflect the editorial policy of Middle East Eye.

Photo: Yemeni deminers collect mines and explosives at the scene of an airstrike allegedly carried out by the Saudi-led coalition on a nearby Houthi controlled missile depot at Fajj Attan Hill in Sana’a, Yemen, on April 22, 2015 (AA)