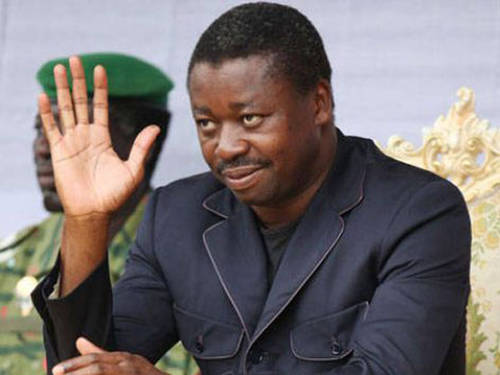 Internet access has been severely restricted in Togo amidst protests against the current president, Faure Gnassingbé. He became president after the death of his father, Gnassingbé Eyadema, who ruled Togo for 38 years. Protesters want Gnassingbé to step down since being in power since 2005.

The protests were organized by a coalition of opposition parties and civil society organizations. Demonstrations took place in many cities and more are planned for tomorrow.

Police clashed with opposition supporters who were chanting “50 years is too long”.

Protesters said that they would not stop until their push for a two-term presidential limit was an actual reality, and some of their members who were arrested and sentenced after similar protests last week were released

The decision by the government to propose a constitutional change to bring about a two-years presidential term-limit of two did not dissuade the protestors. Many protesters feeling that it is a ploy to extend Gnassingbé’s rule.

Protesters have rejected the government’s recent proposal to bring about a two-term presidential limit, saying it is a ploy to extend the president’s rule.

As a result, internet speeds are slow and access to social media platforms have been limited.

Government Spokesperson, Gilbert Bawara, told a local radio station that there was an ongoing internet restriction.

“Even in most developed countries, authorities take control of telecommunications in some cases,” he said.

Though mobile internet has been shut down in the capital, Lome, wi-fi networks are said to still be working.