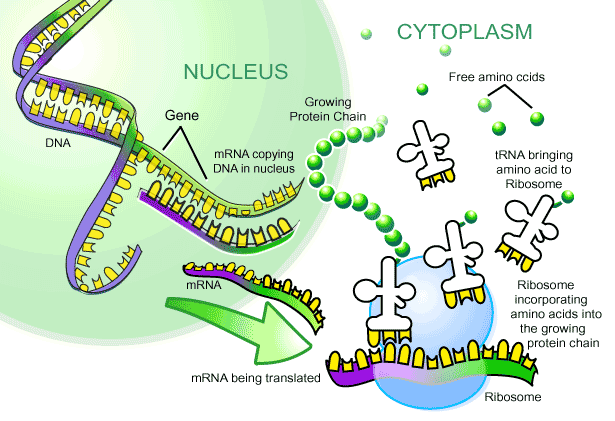 There are several million ribosomes in a single cell. Ribosomes, which are protein production plants, have active roles in all the cells of the body. For example, combining the proteins in the cell to form larger macromolecular structures is among the tasks of the ribosomes. However, not all the functions of ribosomes, which are considered to be the “black box” of molecular biology, have been fully understood yet, and therefore new research has been frequently conducted on the ribosome. The study, the results of which were published in Cell Reports and The EMBO magazines in September 2016, is among these. With this new study, Würzburg University and Max Planck Institute researchers have shown that ribosomes also take on the role of  being “a quality control point” as well as assuming  protein production, which is the already known assignment of ribosomes.

Playing LEGO at the Molecular Level

Professor Utz Fischer from the University of Würzburg has been researching for years how proteins called “macromolecular machines” are assembled in the cell. Fischer likens this assembly process to LEGO blocks and describes it in the following way:

“Think of it as LEGO bricks at the molecular level: One brick is attached to the next until the product is finished. If only one defective or wrong brick is used, the entire building may be compromised as a result.”

Prof. Fischer’s research focuses on the structures called “spliceosomes”. These large RNA-protein complexes are an essential part of gene expression within cells (gene expression: the process by which genes with DNA sequences become functional protein constructs).  Their job is to remove the sections in the messenger RNA that do not contain any protein-encoding information and unite the relevant sections carrying the information. Fischer’s team, together with colleagues from the Max Planck Institute, identified a hitherto unexpected player in this process: The ribosome.

The Role of Ribosomes

Ribosomes use the DNA copy that comes from the nucleus as the messenger RNA (mRNA) in protein production. Two large protein-RNA subunits constitute the ribosome; proteins and helper factors. Hundreds of structures comprised of RNA molecules contribute to this operation. The mRNA is commissioned with conveying the genetic code of the DNA from the nucleus in complete form. The mRNA, which is the information band, carries the genetic code to the ribosome. This task is then read by the ribosome and a new amino acid (building block of proteins) is added to the protein chain. At the same time, another RNA molecule, called transfer RNA (tRNA), presents amino acids one by one to the ribosome and this is how protein synthesis takes place in accordance with the genetic code. But at this point, one important question comes to mind: If proteins are released randomly into cytosol (part of the cytoplasm composed of water and water-soluble molecules) by the ribosome after the synthesis, how do the proteins that roam alone assemble correctly in order to constitute macromolecular machines?

Ribosomes Only Guarantee the Formation of Intended Protein Structure

It is impossible for proteins that were released individually into the cell interior by ribosomes, where they roam about, to find their matching counterparts “by chance”. “The interior of cells is much too crowded for this,” says Ashwin Chari, project group leader at the Max Planck Institute for Biophysical Chemistry.

Elham Paknia, who experimentally headed-up the entire project, points out the necessity of a perfect order that governs these processes: “Therefore, a mechanism has to exist in living cells, which protects the newly synthesized proteins at the ribosome and only allows them to associate with their correct counterpart.”

Obviously, a ribosome does not randomly release the proteins into the cytosol after synthesis. It holds proteins back until specific helpers, called the chaperones (accompanying proteins that take part in the process of folding proteins into three-dimensional forms) deliver the matching counterparts. In doing so, the ribosome assures that only the one intended structure is formed. Therefore, the ribosome adopts the role of a “quality inspector” in addition to production.

This event, summarized in general terms above, is actually the result of very complex intermediate processes. The miraculous processes that are uncovered as we dive more in details are beyond human comprehension. This is because any errors during the assembly of spliceosomes may also cause diseases. For instance, spinal muscular atrophy is one of these diseases. That disorder is characterized by the loss of motor neurons, especially in the spinal cord, causing muscle wasting and paralysis in affected individuals. Protein misfolding is also believed to cause various other diseases from diabetes to Alzheimer’s. In other words, even a slight error that occurs during these complex operations causes permanent damage and diseases.

At this point, many questions come to mind:

– By which discretion can the cell, which is made up of unconscious molecules that cannot be seen with the eye, decides to produce certain structures? Since decision-making is an ability that is entitled to conscious beings who can think and evaluate.

– Who created the protein equipped with qualifications that enables it to recognize this match-up in the following steps?

– With which sense of responsibility and reasoning does the ribosome not release the protein until it carries out the correct matching process?

– How does the protein know that is has accomplished the right match-up?

The answers of these questions are clear: Almighty God, Who is the Creator of all living beings, has created this perfect system, placed every detail where it is supposed to be, and ensured all processes work in harmony.

Humans have no conscious or unconscious effect in this magnificent organization, which is placed into our bodies; in fact, scientists have not yet managed to comprehend and fully explore the functions of this system. This mechanism certainly cannot have formed out of a chance-based trial-and-error venture. It is absolutely impossible for coincidences to build up such a magnificent and systematic construction. Making any such claim points to a serious deficit in logic. Each one of these structures and awe-inspiring systems is created perfectly and magnificently, complete and error-free, by Almighty God. Our Lord reveals in one verse:

… He (God) created everything and determined it most exactly. (Surat al-Furqan, 2)