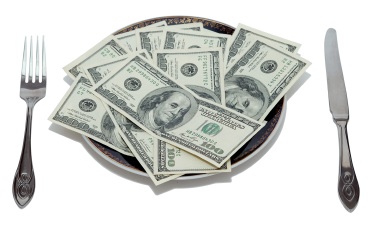 One of the several lessons of the civil war was the lack of funds, scholarships and grants sent to children abroad. They got used to living in luxury compared to poor students that had to work, send money home and go to school. Somehow we have squandered foreign income made after the war from Niger Delta, left in shattered environmental degradation. Right now, we are back to square one where many students with rich parents have to learn to work as their poor peers.

The rich parents have not relented in finding ways to pay for their children studying abroad. We understand their cries about the horrible ways their children abroad have to make ends meet. Some of the students have to drop out of schools while others have to relocate home to local universities. Others have become resourceful learning from their friends in the same schools studying hard and working in order to send money home to their parents and siblings.

The rich parents and their siblings go to banks and Bureau De Change to exchange huge local currencies for dollars, euro, or pounds. By conservative estimates, working foreign students and others send billions of dollars home through formal and informal exchange channels. The cash may the sole income many families spend to boast the local economies of African countries.

We cannot but note that while the children of the poor labor hard day and night to send money home, the rich parents are buying the dollar and pounds to send back to their children abroad. Connected parents, manufacturers of essential product and politicians can include the school and boarding fees in their transactions at subsidized rate from the Central Bank. So, even within the rich, there are classes. Those rich parents crying for their kids belong to unconnected class.

When the President of Nigeria was asked about school fees for those that cannot source foreign currencies for their children abroad, he gave them a straight answer. Only those who can afford it should send their children abroad. Certainly, it may not be the diplomatic or politically correct answer we want to hear but it is a fact. Others claim that the reason people sent their children abroad in the first place has to do with under-funded and unequipped colleges at home.

It is also true about primary and secondary schools at home. More good schools are the private ones and they are very expensive. Until recently, some of them demand school fees in dollars and pounds. After all, they have to pay their unqualified oyinbo staff only for their fluency in Queen’s English and American accents. In fairness to these schools, some of them do have very well qualified African staff they pay poorly; in naira compared to dollars for unqualified oyinbo.

So, rich parents hardly escape paying their children school fees in foreign currency. Whether at home or abroad we must source foreign currencies to pay school fees. The amount of money spent on fees abroad without talking about what is spent locally, if rightly directed, could be used to bring our local schools up to standard. Standard is another debate because there has never been a time we do not complain about standard and derided our local schools.

Corona started before Awolowo schools. Oh, our parents hated Awo schools. We were proud of our 8 years in primary schools; mocked Awo’s 6 years. By the time we got into secondary school with those children that spent six years, we were “smarter” in class. But wait O. It was only for the first or 2nd year. Surely, by the third year those six-year primary school students got hot in class and the advantage of extra two years was gone! Now the whole world uses Awo’s model.

Well, what about Jakande schools? It was another storm in a teacup. Apart from the fact that school were built everywhere for children that never had opportunities to go to school locally, not to mention abroad, it turned out to be one the greatest achievements of Jakande that has yet to be equaled. People complained of schools built on swamps, bush and wherever kids lived.

Fortunately, those that heeded Jakande’s calls to invest and participate in schools around their neighborhoods vindicated his goal. In certain locations in Lagos, including FESTAC and Surulere in those days, parent contributed money and spent time in schools as volunteers raising the standard of those schools. They put the teachers on their toes and parents were able to act as substitutes (educated babysitters) when teachers were absent.

By the time these schools were known by the word of mouth, many parents outside of their neighborhood wanted their children in those Jakande schools that were equal or better than private schools. Of course, after Jakande and those parents whose kids had overgrown those schools left, they went back to their old standard. It is the problem we have. As we take one step forward, those coming behind us take two steps backwards.

If Africans stop looking outside their communities for what others built and maintained abroad, we may invest dollars sent out in our local students. By building schools at home that will justify children’s future, not only in Africa but proud to showcase our unique education to the world. Most of our curriculum from primary schools to colleges are modelled after countries outside Africa with the rational that we want world standard. Our world standard is their local standard!

How would the Russians or Chinese that teach and learn in their local languages able to achieve super power and economic independence as African countries whose civilization existed well before theirs regressed to copy-copy as our preferred standard. There are few contributions, unique these days that foreigners would want to learn in Africa except our languages. Yet, it is the same language we despise so much. African kids language teachers will soon be foreigners!

Imagine how much our rich parents will be saving individual African countries if they invest in our schools to reflect Africa uniqueness, pride, independence and progress as our old Empires.