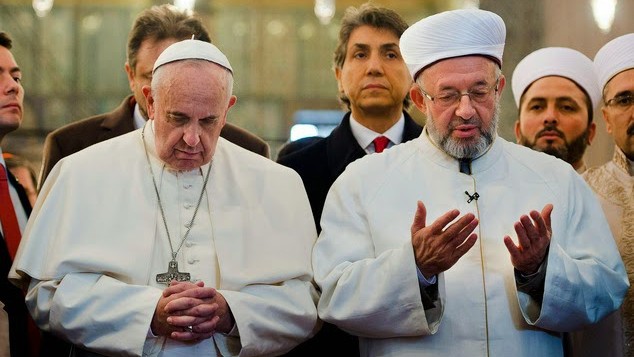 (CNN)Pope Francis delivered a fiery denunciation of modern capitalism on Thursday night, calling the “unfettered pursuit of money” the “dung of the devil” and accusing world leaders of “cowardice” for refusing to defend the earth from exploitation.

Speaking to grassroots organizers in Bolivia, the Pope called on the poor and disenfranchised to rise up against “new colonialism,” including corporations, loan agencies, free trade treaties, austerity measures, and “the monopolizing of the communications media.”

There is quite a lot to unpack in the speech, including the Pope’s apology for the “many grave sins” committed by Catholic Church against Native Americans “in the name of God.”

Andrew Chesnut, an expert on Catholicism in Latin America, called the Pope’s apology the “fullest” the church has ever given for its colonial history in the region and “the most significant aspect of his trip thus far.”

The speech was pretty long, as even the Pope admitted.

Here are the 7 most pungent quotes from the Pope’s speech:

3. “Working for a just distribution of the fruits of the earth and human labor is not mere philanthropy. It is a moral obligation. For Christians, the responsibility is even greater: it is a commandment.”

4. “It is not enough to let a few drops fall whenever the poor shake a cup which never runs over by itself.”

5. “I humbly ask forgiveness, not only for the offenses of the Church herself, but also for crimes committed against the native peoples during the so-called conquest of America.”

6. “The new colonialism takes on different faces. At times it appears as the anonymous influence of mammon: corporations, loan agencies, certain ‘free trade’ treaties, and the imposition of measures of ‘austerity’ which always tighten the belt of workers and the poor.”

7. “Our common home is being pillaged, laid waste and harmed with impunity. Cowardice in defending it is a grave sin. We see with growing disappointment how one international summit after another takes place without any significant result.”

“Today we are dismayed to see how in the Middle East and elsewhere in the world many of our brothers and sisters are persecuted, tortured and killed for their faith in Jesus. This too needs to be denounced: in this third world war, waged piecemeal, which we are now experiencing, a form of genocide — and I stress the world genocide — is taking place, and it must end.”

Read a Catholic priest’s take on the Pope’s “revolutionary” speech: The Pope’s clarion call for justice.

The Pope said he’s often asked why he focuses so intently on what some Christians call the “least and the lost.”

Read the Gospel, Francis answered on Tuesday, specifically Matthew 25. In that passage, Jesus says that in the Last Days, Christians will be asked whether they fed the hungry, clothed the naked, visited the sick.

“This is the heart of the Gospel,” the Pope said.