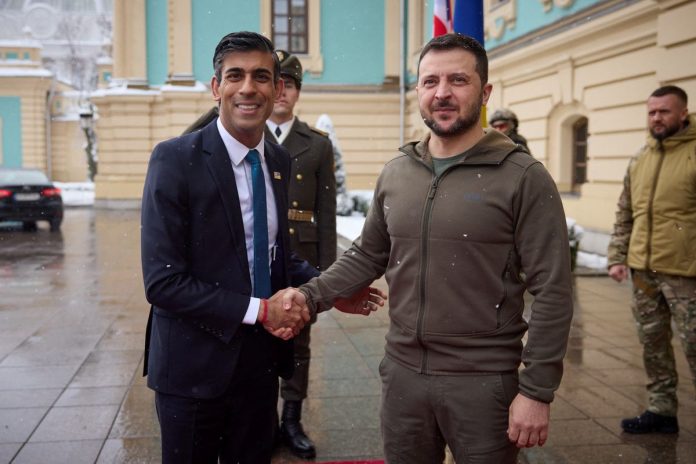 He promised a new air defense package to assist in shooting down Russian drones.

Sunak said in a statement that Britain would provide a new 50 million pound ($60 million) package that would include anti-aircraft guns and counter-drone technology such as radar. Britain also stated that it would increase training for Ukraine’s armed forces.

“Britain understands what it means to fight for liberty,” Sunak wrote on Twitter. “We’ll be there for you every step of the way.”

“While Ukraine’s armed forces successfully push back Russian forces on the ground,” Sunak said in a statement.