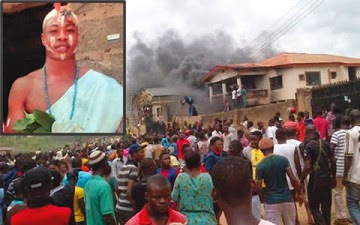 There was pandemonium in the Akinremi Estate, Adigbe, Abeokuta, Ogun State, on Thursday as some youths in the area discovered a secret baby factory in a vicinity known as Vulcaniser Bus Stop. The incident comes barely two weeks after eight women were rescued from a baby factory in Akute area of the state.

“When the youths heard of the Thursday incident, they took the law into their hands. They set the place ablaze, but policemen attached to the Quick Response Squad stopped them from doing more damage. The youths refused to leave until the police fired teargas canisters.

“The place was uncovered in the wee hours of Thursday when one of the victims escaped and ran into a nearby building. She pleaded with the residents to save her from her assailants.

“The pregnant woman said she was from Abia State and her elder sister sold her to the people for N100, 000.” 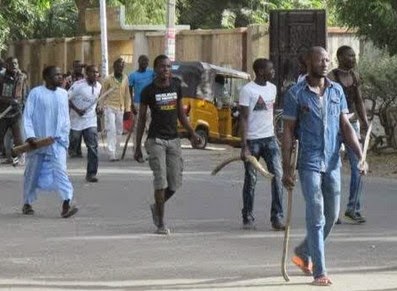 Eyewitnesses told Punch that the youths broke into the compound and in a fit of rage, they were said to have set two vehicles ablaze as well as the one-storey building.

According to residents, the building was let out to an unidentified individual. It was said that trouble began after a pregnant woman, escaped from the building. The matter was reported at the Adigbe Police Division and the victim was taken to a nearby hospital. It was learnt that when the police searched the building, three other pregnant women and five children were rescued.

The state Commissioner of Police, Ikemefuna Okoye, told reporters that 3 pregnant ladies and five kids were rescued from the base.

Okoye appealed to residents to be calm and vigilant, adding that thorough investigation would be carried out.